Home Lessons Learning to Work with a Producer
Lessons 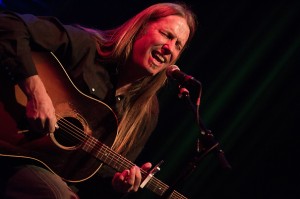 Learning to Work with a Producer
By Danny Safer

As it turns into spring a lot of musicians hope to have something creative to show for the time at home in the winter. I tend to play twice as much as usual from May thru October. It’s always a good plan to try to release a new recording just as the busy season hits. This time, two winters have gone by since the last recording, so I will be releasing a new CD on April 26th at The Wildflower Pavilion in Lyons, Colorado on Planet Bluegrass. This is my first recording released on a Goathouse – Tolstar Records. When it comes to shake a crowd down in just about any club, festival or concert setting I am comfortable after 200 shows a year for well over a decade. Still making a good recording that is listenable to an audience that has heard just about everything is a skill that I was pleased to have a whole lot of help on this upcoming release. How can letting go and letting others in help a process as arduous as the studio? This has been a true relief and lesson to me. Here are three things that have inspired me on this album.

1 – A good producer is someone that can understand what your music can be and bring it to a listener with the help fresh ears. Having a producer take direction of a session has helped me step outside a song I have played for a long time. Sometimes with a new song I may get excited about possibilities and may get ahead of myself. I struggle with editing my own music. If I can step outside my music during a recording session, not only can I take good direction from a producer but also let new ideas come. I may not be able to tell the difference between a B class song and an A class song. It’s been beneficial for me to let someone help me with this.

2 – As a fulltime musician I tend to live in a live music setting. Making the transition from live to studio isn’t always easy. In a live setting I may be singing to the back of the room or interacting with the drummer.   A song may sound better with a more laid back vocal approach. Or the guitar could be strummed differently. On a recording a guitar line may need some help to really make it stand out. I enjoy working ideas out live. The studio can be so different for me but the possibilities endless.  On this last project, as time has gone in to recording, I have learned to rely on the producer. I realize that as a team we can make a better recording.  Though my plans for a song may be good, a good producer can help to make them stronger.

3 – At some point we all wonder when a recording is done. I can never tell. As a songwriter and a live performer I want to trust the song. If I can trust the song, when does it become just right? A musician and the producer can both help with this long lasting studio question. To be able to ask this of another is priceless to me. I would either let it go to early or work on it forever.  I have been lucky to work with people who expect me to work hard and not give up. I still always wonder about when a song is finished, mixed and mastered. To have a good producer’s view point has become something I value.

This new recording was produced by Robert Tarintino who said to me “I can help you make a better recording”. I have learned so much from working with him. My respect for him is connected to music we both love and the wish to do it honestly and with integrity. Music has always been the way I have experienced everything. So working with him has really made a difference in the way I hear to music.

Front range legend Danny Schafer is a troubadour in every sense of the word. With over 100 shows a year, his performance varies from Troubadour Fingerstyle, to Country Blues, to his Full Americana band, The Red Glory Ramblers. In every setting, Danny delivers his acclaimed songwriting with impeccable talent. A veteran of both the Wildflower Pavilion and the Rocky Mountain Folks Festival, we are excited to celebrate the release of Danny’s long awaited new release. Don’t miss this opportunity, they don’t come around nearly often enough…