When a musicians body start to work against them, without warning, the effects can be devastating, both mentally and professionally. What was once second nature becomes a constant fight. Years of practice, study and natural talent can completely disappear forcing a complete relearning of everything they once knew, or worse the end of their musical career.

Joe Scott, of Acoustic Eidolon, suffers a never ending battle with focal dystonia. He has fought for over 30 year to diagnose the slow decline of his hand and relearn how to play guitar at the incredibly high level he had before. 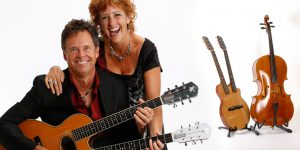 Acoustic Eidolon was founded in April 1998 by Joe Scott and Hannah Alkire. The duo first played together in February of 1998 when they found themselves between full-time musical engagements. Joe called Hannah, saying he’d always wanted to hear their two instruments together. They thought there was such a magical timbre to their combined sounds that they agreed then and there to clear out their schedules and start rehearsing together.

On October 14, 2001, what had started as a musical/business partnership and friendship blossomed into their marriage. Acoustic Eidolon was off and running, and Hannah and Joe (along with sons Zach and Alex) became a family. (http://www.last.fm/music/Acoustic+Eidolon/+wiki)

Before we get into Joe’s story lets figure out what focal dystonia is:

Focal dystonia is a neurological condition that affects a muscle or group of muscles in a specific part of the body, causing involuntary muscular contractions and abnormal postures. For example, in focal hand dystonia, the fingers either curl into the palm or extend outward without control. In musicians, the condition is referred to as musician’s focal dystonia, or simply, musician’s dystonia. In sports, it is commonly referred to as the yips. (Wikipedia)

The following text is from Joe’s owns words regarding his long journey dealing with, diagnosing and finally recouping from Focal Dystonia.

The first symptoms of focal dystonia in my right hand began in 1984, when I noticed the index finger of my right hand began to slow down a little bit.  And over the next 3 – 4 years, it got to the point where I was barely able to use it.  When I would force it to move, it would involuntarily curl into my palm.  Over a period of time, I used it less and less and relied on my thumb and middle finger exclusively.  I relearned to play using finger picks on my thumb and middle and ring fingers, which helped for a while.  But then 2003, I began to notice the same problems (slowing, lack of coordination) with my thumb.  At that point, I started using a flat pick between my thumb and index finger, while finger picking with my middle and ring finger, losing the fingerpicks entirely. But after a few weeks, it became increasingly difficult to hold a flat pick between my thumb and index finger.  I would drop the pick, and it began to slow as well.  So then I got acrylic nails put on all the fingers and thumb of my right hand, and began to relearn again, using all finger picking.

While my index finger’s decline seemed pretty gradual, my thumb more recently has been a much faster decline.

At this point, it is a struggle to use my thumb and I have found various ways of strumming using the backs of my fingers.  I feel I’m only playing about 20% of what I once was.  Interesting, it seems as though my index finger works now much better than it did when it began to lose coordination, and I wonder if that’s because for about 10 years I stopped using it and let my thumb do double duty.

I noticed that my hands get tired easily and my right hand will cramp when I try to type slowly or open zip lock bags/jars, etc.  It also seems difficult to turn pages on a book.

In the winter of 2002-3 Joe’s right thumb & index finger got to the point where they could barely move.  Joe had spent the previous 15 years or so trying to figure out what was going wrong with his hand that used to work so well. He decided to go see his family doctor Dr. Laitos for a full physical.

Joe had never had a complete physical as an adult. Dr Laitos gave the full standard checkup and tested him for all the known neurological disorders. Fortunately Joe was very healthy. His doc also wanted him to get some EMG testing done (much to Joe’s dismay). So Joe made an appointment with neurologist Joe Jabailee in Loveland. Unfortunately Dr Jabailee was out of town and would not be able to see Joe for a few weeks. But the receptionist said there was a Dr Richard Foa taking care of JJ’s patience while he was gone. This neurologist had just moved to Loveland CO from the University of Columbia Med. Center in NY City.  So Joe decided to see him immediately.

After Joe told him what was going on with his hand Dr. Foa said it sounded like what he might have was called Focal Dystonia. He was not an expert in it and he only knew about it because of his colleague at the Med Center in NY Dr. Stephen Frucht who was the head of the Nat’l Parkinson’s disease institute and one of only 4 neuro-scientist in the world who were working on trying to figure out what was causing FD and ways to treat it.  So Dr Foa went ahead and did the EMG testing and after an hour or so of sticking needles into Joe’s arms, legs etc.… and running electrical current through them the results were fine. There was nothing wrong with Joe’s nervous system either. So that was good news. Dr Foa also told Joe that he would contact Dr. Stephen Frucht in NYC to see if he could see Joe ASAP to get a good diagnosis and Dr. Frucht wanted to see as many musicians as possible with FD.

After the appointment with Dr Foa on that Friday Joe went home and googled FD and an entire world opened up to him. He spent the weekend reading everything he could find on FD. There were so many stories similar to his. It became more and more depressing because it was becoming clear there was no cure for this and it ended most musicians’ careers.

There was one name that kept coming up while he searched the internet and that name was David Leisner. David was a well-known classical guitarist living in NYC who spent 4 years in the early 1990’s developing this technique to save his own career.  His technique required relearning how to play using different muscles. Joe emailed David that week end and also told him that he may have played with his sister Tina Liesner in the folk group, The New Christie Minstrels back in 1984. Joe had remembered Tina telling him back then that she had a brother who was a classical guitarist in NYC.  David answered him immediately and told him that yes Tina was his sister and that he did work with musicians who have FD. After emailing with David, Joe went to study with David 2 weeks later.

In the meantime Joe & Hannah had to do the Nat’l Folk Alliance conference in Nashville. Amazingly it turns out that by coincidence David was doing a concert in Nashville at the university that same weekend and J&H were able to attend the concert. After watching the concert Joe was encouraged that he could find a way through this.  To get Joe to NYC he was able to use airline tickets that had been canceled the summer before.  So within 2 weeks from diagnosis to being in NYC studying with David Joe was on his way to finally being able to play once again.

Through all of this I learned  just how important music and being able to make it was to me. I realized that playing music was my identity and if I couldn’t play music then who was I and what do I do? Acoustic Eidolon was my inspiration. I had to fix this as there was no other option in my mind.

Even after all the work and research  i am always making sure I am using the proper technique. Using any old technique and the FD would instantly return.

A HUGE thanks to Joe for being so open and candid with us about what could have been a career ending diagnosis. The courage and determination he exemplified through all if his ordeal is a true inspiration to all musicians who suffer from any form of physical or emotional distress through their career. 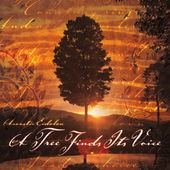