Loving the Shadow: Shedding Light on the Inner Critic
By Ali Owens 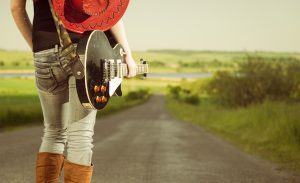 Ali Owens is an author, speaker, and enthusiastic self-love advocate with a passion for empowering others to emerge as their authentic, unapologetic selves. By sharing the tools she has used to navigate through trauma and create a fulfilling life, she hopes to be an ally for anyone who is struggling and wishes to soar instead.

Since 2013, Ali has written numerous editorials and thought pieces around activism, advocacy, and equality for several publications, including the Huffington Post and The Identity of She. Her speaking engagements have taken her to locations across the United States to discuss empowerment through self love.

Ali feels most alive when she is traveling, engaging with nature, expressing her creativity, and tapping into her intuition. She resides in beautiful Colorado with her family and pets and can be found online at : www.ali-owens.com where this article was originally posted.

We’ve all got it: that little voice inside our heads that tells us we’re not enough. It feasts on our insecurities, tending them until they are large and in charge, and in some cases, they grow big enough to actually keep us from doing the very things we long for.

It’s the voice that whispers “But who else will ever love you?” when you consider leaving a toxic relationship.

It’s the voice that insists “You’re not qualified enough for this job” at an interview for a new position.

It’s the voice that asks “Who do you think you are to have such lofty dreams?” when you try to imagine a vastly rich and fulfilling future.

It’s the voice that says “You don’t deserve this kind of self-indulgence” when you attempt to carve out some time for self-care.

Around the time I turned thirty, I began to realize just how prevalent my own self-defeating voice was. She had taken up permanent residence in my head, often delighting at reminding me how inferior I was, and once I started paying attention to her, I was appalled at how many times a day she showed up to torment me.

I spoke to my cousin, who shared a similar experience, and together we coined a name for those negative voices in our heads: DB, which was short for Dumb Bitch – as in, “I know it’s just the Dumb Bitch In My Head talking again, but I’m feeling really insecure today…”

Time passed, as it tends to. Three years later, I’d come a long way on my journey of self-acceptance, but DB was ever vigilant, attempting to keep me in check whenever I’d feel the beginnings of confidence or empowerment. My dreams were strong, but so often, DB seemed stronger. And oh, she was cruel. She knew exactly how to cut me down, how to leave me raw and trembling from the force of her emotional brutality. 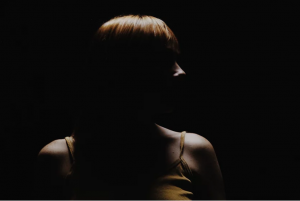 I had a discussion recently with my best friend, Kate, about the inner critic. We’d met for happy hour one afternoon and were commiserating over tapas and cocktails, both of us lamenting the cruelty those voices bestowed upon us on a regular basis.

“I’ve made a lot of progress on my self-love journey,” I told her. “I guess I thought that would make the voice stop – if I really loved myself. But it hasn’t. No matter what, she’s always there, resisting.”

“You know,” said Kate, “I’ve been trying to look at my inner critic from a different perspective. I realized that most of the negative things she says to me were, in the past, her way of protecting me. Maybe she’s not trying to be mean – maybe she still thinks I need her to keep me in check and keep me safe.”

Cue the aha moment. I wanted to jump out of my chair, climb up on the table, command the attention of the room at large, and explain to everyone the gravity of what I’d just learned.

Kate was right. When I began examining the particular kinds of things DB said to me on a regular basis, I realized they were all rooted in fear, usually born out of troubling or traumatic situations in the past. Suddenly, I understood. DB didn’t hate me. She was terrified. Terrified of taking risks, taking chances, failing, succeeding, and, overall, being vulnerable in the capacity those things require. In the past, my vulnerability hurt me tremendously. It allowed me to welcome people into my life who did nothing but exploit it. It caused me to make myself small, relinquish control, and defer to others, rather than follow my own heart. I was vulnerable in a way that was informed by not knowing my true self. My sense of identity would have blown away in a strong wind, back then. And as a result, I underwent years of physical, emotional, and sexual abuse at the hands of someone who capitalized on that vulnerability. Could it be possible that DB, in all her ruthless wickedness, was only trying to keep me safe?

But she’s so mean, I heard myself protesting. And then, I nearly burst out laughing, because I literally named her Dumb Bitch, so what the hell else did I expect? All these years, I’d been just as mean to her as she’d been to me.

There’s a lot of advice out there to reject the inner critic. Kick it to the curb, squash it down, conquer it, command it to get the fuck out of the way. I can see the logic in these arguments; after all, I believed in them for years.

But here’s the thing.

In order to really, truly love ourselves, we have to love our whole selves – not just the parts we are proud of. We must embrace the shadow as much as we embrace the light. It may not be popular opinion, but I believe it is absolutely necessary, if we are to come to a place of genuine self-love.

My abusive ex used to tell me that all this self-love business was a bunch of bullshit. “What if you’re not deserving of that love?” he would ask whenever he’d hear a mention of the concept, his voice dripping with contempt and disdain. “Why would you love yourself if you’re not the person you want to be? Seems like just an excuse to keep giving in to bad habits and not actually have to put in the work.”

So deep was his loathing of the notion of truly loving oneself that it’s obvious to me, now – with time and distance under my belt – that he had never experienced it, and as long as he clung to that paradigm, he never would. I feel sorry for him because of that. In his eyes, a person was only deserving of their own love if he or she had achieved a state of perfection – and perfection, as we know, is impossible to attain.

How very, very sad. That’s one hell of a limiting belief system, and no way to live.

What my ex failed to understand was that self love and perfection do not go hand in hand. On the contrary! Self love is the permission to treat ourselves with kindness and respect despite our myriad imperfections. Often, it is the reason we can make positive changes – because if we looked at ourselves as utter garbage, why would we even bother? Self love is the key to learning, growing, and expanding. We have to believe we are worth the effort before we will put any forward.

And this means we have to embrace our own duality – to love our shadow selves just as much as we love the selves we put on display for the world to see.

The work is hard – insanely so. It’s frustrating and frightening and intense, and it requires a constant vigilance, a pattern of falling down and getting right back up again. Loving the shadow is not easy, nor does it come naturally to us as humans – a species still functionally wired to prioritize fear as a method of keeping ourselves safe. In our advanced society, most of us no longer face the same kinds of threats as our ancestors did – but our fight-or-flight responses haven’t caught on to this yet. Biologically, fear and avoidance go hand in hand, which is why our inner critics are so strong. They are literally rooted in our DNA.

Still, I keep forging ahead, because I believe this is a crucial step on the path toward getting out of my own way and creating the life I desire.

Make no mistake – I’m not finished yet. I don’t think this is the kind of journey that can ever really be completed. DB is still very much a part of my life. She surfaces all the time in an attempt to talk me out of taking a risk or making waves or stepping outside my comfort zone.

But a couple of things are different.

Now, when she starts voicing her concerns, I no longer take them at face value. I dig deeper through the soil of context to find the root of her message. The fear is always there – I doubt it will ever cease to exist – but now that I have identified it as such, her words don’t sting nearly as much. In fact, I look at her these days with a funny sort of affection.

“Thank you for caring about me enough to worry,” I tell her when she starts spiraling. “I truly appreciate you trying to take care of me, but trust me when I say your fears have no use here. I’ve got this – if you really care about me, you’ll get out of the way so I can move forward.”

More often than not, this calms her down significantly.

She has a new name, too – I couldn’t, in all good conscience, keep referring to her in such a mean-spirited way. Now, she is Penelope. I asked her what she wanted to be called, and that was her response. I like it. It’s harder to be mean to a Penelope – especially when all she’s trying to do is help.

In doing these things, I am now beginning to work with my shadow self, instead of against it – and in this way, we’re both greater than the sum of our parts.

Me and Penelope – we’re in this together.