written by Head Above Music February 6, 2012 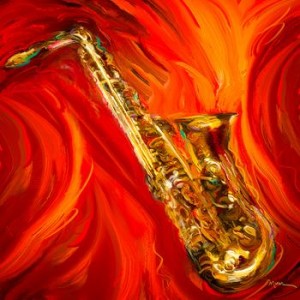 AS I’VE BEEN LOOKING FOR GIGS LATELY, I’ve never seen so many free and low paying gigs. Well the economy is bad, so I can understand that a little bit. However, it is no longer good enough for the musician to be willing to perform for little compensation. Now we are expected to also be the venue’s promoter. The expectations are that the band will not only provide great music, but also bring lots of people to their venue. It is now the band’s responsibility to make this happen, not the club owner.

Just the other day I was told by someone who owned a wine bar that they really liked our music and would love for us to play at their place. She then told me the gig paid $75 for a trio. Now $75 used to be bad money per person, let alone $75 for the whole band. It had to be a joke, right? No she was serious. But it didn’t end there. She then informed us we had to bring 25 people minimum. Didn’t even offer us extra money if we brought 25 people. I would have laughed other than it’s not the first time I’ve gotten this proposal from club owners. But are there musicians really doing this? Yes. They are so desperate to play, they will do anything. But lets think about this for a second and turn this around a little bit.

What if I told the wine bar owner that I have a great band and we are going to play at my house. I need someone to provide and pour wine while we play. I can’t pay much, just $75 and you must bring at least25 people who are willing to pay a $10 cover charge at the door. Now wouldn’t they look at you like you are crazy? “Why would I do that” they would ask? Well because it’s great exposure for you and your wine bar. The people there would see how well you pour wine and see how good your wine is. Then they would come out to your wine bar sometime. “But I brought all the people myself, I already know them?” they would say. Well maybe you could make up some professional looking flyers, pass them out, and get people you don’t know to come on out. “But you are only paying me $75, how can I afford to make up flyers?”

You see how absurd this sounds, but musicians do this all the time. If they didn’t, then the club owners wouldn’t even think of asking us to do it. So this sounds like a great deal for the club owners doesn’t it. They get a band and customers for that night, and have to pay very little if anything. But what they don’t realize is that this is NOT in their best interest. Running a restaurant, a club, a bar, is really hard. There is a lot at stake for the owner. You are trying toget loyal customers that will return because you are offering them something special. If you want great food, you hire a great chef. If you want great décor, you hire a great interior decorator. You expect these professionals to do their best at what you are hiring them to do. It needs to be the same with the band.You hire a great band and should expect great music. That should be the end of your expectations for the musicians. The music is another product for the venue to offer, no different from food or beverages.When a venue opens it’s doors, it has to market itself. The club owner can’t expect people to justwalk in the door. This has to be handled in a professional way. Do you really want to leave something so important up to a musician? This is where the club owner needs to take over. It is their success or their failure on the line, not the musician. The musician can just move on to another venue. I’ve played places where for whatever reason only a few people have walked in the door on a Saturday night. The club owner got mad at me, asking where are the people? I turned it around on him asking the same thing? Where are all the people? It’s Saturday night and your venue is empty. Doesn’t that concern you? What are you going to do about it? Usually their answer is to find another band with a larger following. This means the professional bands get run out of the joint in favor of whoever can bring in the most people. Eddie Mechanic who has slaved all week fixing cars at the local dealership also plays guitar. Not very well, but he’s been practicing once a week with Doctor Drummer, Banker Bass Player, and Salesman Singer. Usually they just drink beer between rehearsing a few tunes in Eddie’s garage, but this week they answer a craigslist ad and line up a big gig. Well they don’t sound that good, but they sure all work with a lot of people everyday. All these people can be given a flyer on Monday and after being asked “are you coming to my gig?” everyday all week, will most likely show up on Saturday night. So mission accomplished, the club owner has packed his venue for one night. But here’s where the club owner doesn’t get it. The crowd is following the band, not the venue. The next night you will have to start all over again. And the people that were starting to follow your venue, are now turned off because you just made them listen to a bad band. The goal should be to build a fan base of the venue. To get people that will trust that you will have good music in there every night. Instead you’ve soiled your reputation for a quick fix. I think we as musicians need to fight back. Sure you can get mad about it, but that won’t do anything. We could all agree not to play those for the door gigs, but you know that isn’t going to happen. But what we can do, is explain to the club owner that it’s not in their best interest to operate their business like this. There is too much at stake for them not to be truly invested in the music presented in their venue. Convince them that if they think that live music is important to the demographic that they are trying to reach, then they need to reach out to that demographic in a professional way.

If you asked a club owner, “who is your target demographic?” I doubt they would answer “the band’s friends and family.” But yet clubs operate like it is. Another example, I answered a craigslist ad for a nice looking place in Beverly Hills. The ad read. . . “looking for a high energy jazz band, if you can bring the band and have a following, I will put you on stage.” That logic seams to say that they think musicians in a jazz band know lots of people living inBeverly Hills. And the people those musicians know, have lots of money to spend. Those are two pretty big assumptions. Good luck finding that combination. Even if you find that combination, are you going to find it every night? Because friends and family of a professional musician won’t come out that often. They can’t. This is what we do every night. Would you expect the chef’s friends and family to eat at your restaurant every night? How about the dishwasher, the waitresses, the hostess? Or how about the club owners friends and family? You see, when you start turning this argument around, it becomes silly.

I’ve started arguing with club owners about this. It happened after I played a great night of music in LA. We were playing for a % of the bar. There were about 50 people there in this small venue, so it was a good turnout. At the end of the night, I go to get paid, and hope to book another gig. The club owner was angry. “Where are your people?” he asked. “All these people, I brought in. We had a speed dating event and they are all left over from that.” I pointed out they all stayed and listened to the music for 2 hours after their event ended. That was 2 more hours of bar sales, because without us, you have an empty room with nothing going on. He just couldn’t get over the fact that we didn’t walk in with our own entourage of fans. Wasn’t happy that we kept a full room spending money. Right when we were talking, a group of people interrupted us and said “you guys sound great, when is the next time you’re playing here again?” The club owner, said “they aren’t, they didn’t bring anyone.”

I went home that night bummed out and sent him an email. Telling him most of what you are reading here and how his business model and thinking is flawed. After a lot of swearing back and forth, because I’m guessing that musicians never talk to him as a business equal. He eventually admitted that what I was saying made sense. BUT, that’s not how LA clubs and restaurants work. And he has bands answering his craigslist ads willing to do whatever it takes to get the gig. It’s been a couple of years now since that conversation. I called his bar, and the number is disconnected.

So there you go LA club and restaurant owners. The advice is free. But you’ll most likely ignore it because “That’s not how it works”. But if more musicians kept telling them the same thing, perhaps it would start to sink in.

1. What is one book you would recommend? A People’s History of the United States by Howard Zinn
2. What is your favorite piece of gear? Well I would say my 1962 Selmer Mark IV tenor saxophone, but that goes without saying.  So to keep it interesting, I’ve been experimenting playing my saxophone through the Line 6 M13 Stompbox Guitar Multi Effects Pedal.
3. One is one thing you can’t live on the road without? My iPad
4. Who are you listening to these days? For jazz Seamus Blake.  His compositions are amazing.  For rock – a little known Los Angeles based rock band called Pedestrian.  Their last CD, Sidegeist, I would put up against anything that anyone has come out with in the last few years.  It’s that good.  But few people know who they are.

What Artists Should Know About ReverbNation’s Promote It