Home Music What's a Band to do? Advice from the Other Side
Music

What's a Band to do? Advice from the Other Side 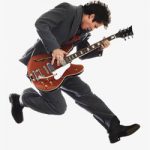 Early on, when I was a songwriter in a band that was seeking a record deal; we used to consider that publishers, record execs, and radio programmers were from the “other side.”  They were our antagonists, the enemy, the people who stood between us and worldwide success!

Later, when I became a publisher and a record exec, I tried very hard not to fit the stereotypical model I’d previously worked so hard to battle against.  Fact of the matter is, however, that from the other side of the table, I began to understand why publishers, radio guys, and label A & R people had the rules they did.  It was simple—those rules, improved the odds of one’s success in the marketplace.

So, yesterday when I received a very earnest email in response to my last article (So you want to make it in the music business?), I had to smile. “We’re a local band and we’d love to be living the schedule working bands follow,” the guy tells me.  And then he asks, “What can you tell us that will improve our odds of making it out of our home town?” Great question, wouldn’t you say?

In answer to his query, let me step to the “other side” and first offer my congratulations or condolences (you can apply which ever one turns out to be most true over time).  But seriously, from the perspective of one who has had to bet on whether an artist would recoup the investment made in them or not, there are a number of things local bands can do to expand their fan base and their geographic reach.  The list, in fact, is quite long.  So let me focus, in this article, on the most fundamental aspect any serious artist or band has to master and totally nail—their music.

Truly, the number one thing any aspiring band or artist can do to grow their following and enhance their odds is write great music that their audience loves even when they’re not three beers into the evening.  (Seriously… drunken fans are not a great indicator of your talent or the quality of your songwriting craft.  Neither are girlfriends, boyfriends, wives, mothers, buddies or gal pals – whether they’re sober or not.)

What comprises a great song?  (Now we could get all artsy about this question and talk about the beauty of free-flowing creativity, but that wouldn’t help us with our deeper question—how does a band grow its fan base and become a viable entity?)

The simple truth is that great songs ultimately come about the more we write.  Early in my songwriting days, I met a famous record producer who had produced numerous Top 10 hits.  He gave me this advice.  “Write at least one song a day, every day, seven days a week, no excuses,” he told me.  “I don’t care if you write about a loaf of bread,” he said, only half joking.  “Just write and write and write.”

Why did he make such a big deal out of this? Because it’s like anything else—the more we use a muscle or perform a function, the more adept we get at it.  Malcolm Gladwell, in his book, The Outliers, calls it the law of 10,000 hours (or as some have said, true genius tends to manifest most regularly once we have put in substantial time encoding that skill into our DNA).  I look at it even more simply.  The more songs you write the more you improve the odds that a hit is going to fall in your lap.

Which brings up another point… awesome tunes are capricious.  They drop in on us at the most unexpected times and can disappear into the ethers just as quickly.  That’s why some songwriters carry small digital recorders with them—so that whenever the muse drops by, they’re ready to capture that line, stanza, lick, or melody that will later ignite a great songwriting session.

Great songs also have great hooks.  What’s that mean?  It means that elements of the song (often the chorus, but at times instrumental parts, like the famous riff of the Rolling Stones, Satisfaction) are so contagious that people can’t stop singing them.  That means your music is accessible to your audience and that it has that great quality that the songwriter David Gates once called “complex simplicity.”

So how do you write great hooks?  You either get struck by a hook from the music gods or you keep playing with your melodies and instrumental lines to find something that feels like a really great itch that you can’t quite scratch—a riff or a chorus that gets stuck in your head too.  And don’t be afraid to collaborate.  Sometimes you’ve got an awesome verse, but can’t find a chorus that does it justice (remember the chorus is supposed to take us to higher heights than the verse in terms of memorability).  Maybe someone else in your band or your circle of musical friends has a chorus that’s searching for a verse.  Maybe you write awesome music, but your lyrics are not that great.  Go with your strength and don’t let your weakness limit you.  Your weak point is probably someone else’s best skill.

Another thing you can do?  Listen to great songs from a variety of sources and genres.  What makes those songs work?  How did the writer do that turn-around from the chorus back to the verse?  How did they set up the last chord of the verse so that you were just waiting for the chorus to lift you off the ground?  But won’t that have me imitating other people, some will ask?  No one’s asking you to copy other people, but to learn from their craft and to let their originality spark cool, new ideas in your head.

Lastly, at least for now, great songs follow song formulas.  In other words, there are patterns that seem to increase the odds that songs will catch people’s attention, keep them singing long after the song has stopped; formulas that record producers, label A & R execs, and radio programmers listen for.  What are the formulas?  You probably already know them on some level.  Basic components of almost all popular genres include an 8 bar verse, 8 bar chorus and a 4 bar bridge.  The patterns themselves include versions like the standard verse, verse, chorus, verse, chorus, bridge, chorus, chorus and out.  There are a handful of others that are variations on this theme, but which also stay within a given pattern.

In songwriting clinics, I’ve often heard, “But doesn’t a formula limit my creativity?”  In some ways, we could say, yes.  Truthfully, however, I’ve found that writing within the confines of a structure and a formula, actually challenges my creativity even more.  It forces me to get down to it and make the magic happen (and remember, you can always have your 7-minute album cut buried somewhere in the CD or you can do your jam band version live when the audience is in the mood).  But if you want the odds to work in your favor, land your songs somewhere in the neighborhood of 3 to 4 minutes in length and follow the formulas.

All right, enough for now.  But remember this… I didn’t make this stuff up.  The points I’ve shared are tips that have helped throngs of artists, bands, and songwriters accomplish their dreams.  These are some of the rules from the other side.  By knowing them and putting them to work, you just might be able to utilize the tension those seeming limitations create to launch your career into the “big time” (or at least make your home town fans sing your music like fools, even when they’re sober and alone in their car).

(For more on songwriting, you may also want to visit Robin Frederick’s site, “How to Write a Song.”  The site covers the fundamentals and provides additional resources and tips.)

Article given with permission from Examiner.com via Christopher Harding

It’s Never One Thing that Makes a Music Career

The Case for Online-Only Promotion