written by Head Above Music February 3, 2021

SAN SEBASTIÁN, SPAIN – Fresh off the cusp of 2 #pinkfridays vol.II singles, indie-alternative artist Sasha Smith is ringing in the new year with another installment of the collection. The third single, “been waiting so long” released on January 29th and sees Smith in a raw and sincere expression of loneliness and invisibility. A song about waiting, about isolation and loneliness, about feeling lost and falling into despair, about the odd glimpse of hope that comes and goes – “been waiting so long” channels Ray Lamontagne and Chris Cornell as the musical landscape evolves throughout the song to reflect the natural experience of feeling loneliness and looking for hope and salvation. “The song’s a little like screaming out into a void. I’m not expecting anything to come back or change; not even anyone to hear me or help me,” says Smith. “It just serves the need for an outlet for all the emotions that rack up year after year of trials and failures.” This single is the first in a trifecta that explores death, insecurities, and angst. The next two tracks planned for release will continue to explore and develop these themes.

“been waiting so long” is the third installment of #pinkfridays vol. II – a concept created by Smith to create music and stories without the full commitment of an EP or LP. The #pinkfridays are collections of songs – released on Fridays – that find their way together perfectly in these mini-projects. When Smith is in between bigger releases, he finds himself in #pinkfridays. “It’s a great way for me to explore ideas as an artist and blend all the genres I like making music in,” says Smith. “That’s why I can go from an r&b-pop track to a rock song or to a lo-fi bedroom pop release, and it still works.”

Sasha Smith is a self-made artist born in San Sebastián in the Basque Country in Northern Spain. Smith was brought up speaking English at home, Spanish while playing in the street, and Basque at school. “I’m a mix of all these different cultures that come from my family and where I’ve lived,” says Smith. “I have family spread out across the globe, from Australia to Argentina.” After receiving his first electric guitar at the age of 13, Smith was hooked. He fell into the craft of songwriting and felt deeply inspired by legends like John Frusciante. He released two EPs with his indie rock band BASIC in 2014 and 2015. He then went on to release solo work: Hyperpop 1.0 in 2018 and #pinkfridays vol. I in 2019. Hyperpop 1.0 is an EP of 5 tracks while #pinkfridays vol. I is a collection of singles.

Currently based in San Sebastián, Smith spends his time creating art and dreaming of a slower-paced life. He says music is his way of calming his mind. “I’ve always got so much stuff going on in my head, that I think the actual focus of making music relaxes me,” says Smith. He enjoys building a world around music and creating something magical from nothing. “There’s always a story in my songs,” says Smith. “Even if I’m writing a fictional lyric, I’ll always throw in some detail that I know to be true in my life.” His current musical style relates to that of Phoebe Bridgers, The 1975, and Bon Iver. The artist struggles to fit his sound into a box. With so many inspirations and influences over the years, Smith agrees to just let his music speak for itself. Smith is already prepping for his next project: an EP centered around the angst of the millennial generation. If given the chance, Sasha Smith could tell you his music plans for years to come. In the meantime, fans can stay up to date on his latest releases on his Instagram or website.

What are you working on right now?

I just released my single been waiting so long, the third single in my project #pinkfridays vol. II. This week I’m filming an acoustic stripped version of it, and a production breakdown, going through my project in Ableton. After that I’ll be directing the official video for it, starring Spanish actress Marta Oyar.

Who inspired you to make music?

My biggest sources of inspiration in the form of musical artists are Jeff Buckley, Radiohead, Sufjan Stevens, The Weeknd, Chris Cornell, Phoebe Bridgers, and The LA’s—to name a few. I’m also deeply inspired by nature, by painters like Basquiat and Paul Klee, and by Stoic and Taoist philosophies. As a teenager I was inspired to make music by artists and bands like John Mayer, Oasis, John Frusciante, The Beatles, The Rolling Stones…

How do you see the music industry changing after this global pandemic?

I can’t imagine when live music will be the same again, after how conditioned we’ve been to stay away from other people and not touch at all. I’d love for it to come back stronger than ever, but the image of everyone jumping together at a festival feels alien right now. For indie artists, I see a great opportunity in having a membership community, be it on Patreon or on your own platform. I think the shift into this lane has been slowly happening for a while, but the global pandemic and its tail effects will accelerate it a lot over the next couple years.

What advice would you have for yourself 2 years ago?

Don’t get distracted by every new growth tactic you hear about on social media or YouTube. Focus on daily creative output and growing your body of work over time. Let your artistic taste naturally evolve and deliberately work on improving your craft.

What is your relationship like with Social Media and how does it play a role in your music career?

It’s a love/hate relationship, no doubt about it. I understand the necessity of social media as an artist, but I’m also truly concerned about what it’s doing to our attention span and our self-esteem as human beings. Nowadays I focus on creating my music and content around it, and then I try to schedule a lot of it in advance, instead of having to go into the apps and post manually every time. That helps me remain a creator and not a consumer, which is what I should be focusing on as an artist. 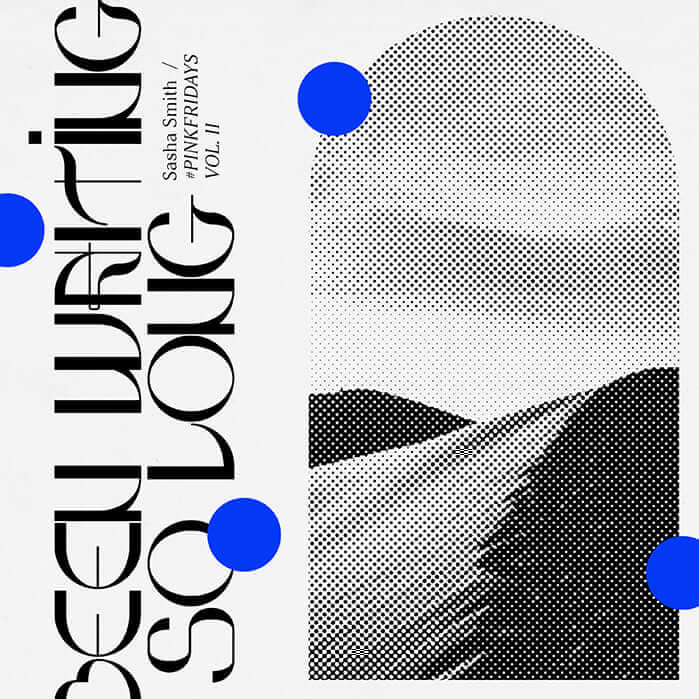