Home Music Releasing an Album, Tracks at a Time
Music

Releasing an Album, Tracks at a Time

written by Head Above Music November 6, 2010

Releasing an Album, Tracks at a Time
By Jay Serrao and The Juice 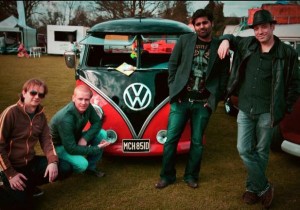 Our tip to upcoming bands planning to release an album. Do so, but in chunks to ease the pressure –

Mumbai To Michigan – We are currently working on releasing a 16 track album called ‘Mumbai To Michigan’ but being an unsigned band without any management, we just don’t have the finances. Touring only brings in a certain amount but you need to have a day job to maintain your band so to speak. To ease the financial pressure on us, we decided to release our album in 5 parts. As it was cheaper to do so that way. The major cost of releasing the album is not really the distribution but recording, mixing and mastering of your tracks. It’s common sense really. If you don’t have quality recordings, it won’t sell no matter how much you polish it. And we wanted to mix our recordings well and invest in good mastering as well.

As we were releasing it in parts, we achieved/are achieving the following –

1) We keep our fans happy as we are constantly releasing new music and is available for them to buy.

2) We are releasing this as a concept album based on the subject of our album name. Mumbai To Michigan chronicles the band’s tours of India, US and the middle-east over 2008-2010.  So our album covers reflects the flag colours of the countries that we have visited. In this case saffron (pt 1), green (pt 2), white (pt 3), red (pt 4) and blue (pt 5). It keeps our fans fairly interested.

3) Cost wise – It lifts a massive pressure to come up with the dosh to release your album. Its always good to have a budget but having a budget without the money is equally unrealistic. So we decided to cut the budget up into 5 chunks and then it becomes manageable. Further more, the money coming in from the sales of the parts released can be used to fund the other parts that are coming up.

4) Engage your fans – Even if you don’t get feedback from your mates, family and please ask them to be brutally honest about it. Use sites like slicethepie.com where you can join for FREE and get your songs reviewed and review songs yourself as well. Do bear in mind, your music is not going to suit the taste buds of all the reviewers, and there might be reviewers on there (as we have experienced) who might put on demeaning reviews for all your hard work. But, take the positives from it. Analyze and pick the negatives that you think might benefit your work and work on your songs.

Remember, there are no shortcuts. Just the hard way if you are to make it. We have been a band for 7 years this December. It’s a hard ride guys but worth it when you are stage. C’mon now, you know it.

And, NEVER GIVE UP. KEEP BLOODY GOING, as far as you can take it.

I’ve prepared our tracks for your listening pleasure. Please listen and enjoy – http://www.reverbnation.com/tunepak/3015719

And if you like, you can buy it here – iTunes

1. One book I would recommend – The Unsigned Guide (http://www.theunsignedguide.com/). Tis our bible you get loads of contacts from it.

3. One thing I can’t live on the road without – Our laptop/netbook as we try to update all our band sites on a regular basis and keep our fans, friends and well-wishers updated at all time.

Thanks so much for the opportunity to share. And remember,

Jay Serrao and The Juice

Jay Serrao and The Juice

How To Write Songs You Never Knew You Had In You