How To Write Songs You Never Knew You Had In You

written by Head Above Music November 8, 2010

How To Write Songs You Never Knew You Had In You
By: Anthony Weis 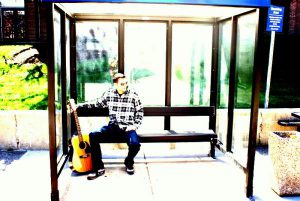 There are songs out there that have almost made me quit music.  Yes, they are that good.  They have brought me immense joy and great frustration all at once.  How could something so perfect have been writing in the first place?  How did the songwriter know to play that note next, or that scale over that chord?  Maybe they didn’t.  I’ll explain…

To most non-musicians, song writing seems like magic.  And it sort of is.  I mean, artists do seem to create beauty out of thin air.  Wonderful melodies are seemingly plucked out of nowhere or summoned from metal strings and ivory keys.  However, a majority of great songs come out of intense practice and dedication to the craft of songwriting.  I want to provide you with a list of techniques that I use when composing music.  Some may call these ideas radical, but they have proved to be very fruitful for me.  This list is just a handful of the many tricks I have come up with and employ on a routine basis.  I hope they can be of some help!

1. The Cut and Paste Method – This is one of my personal favorite methods and one I have used to complete countless songs.  The idea behind this is taking one piece of music and mashing it together with a completely different piece.  Kurt Cobain had been said to do this with almost all of his lyrics and Billy Corgan of the Smashing Pumpkins has cut and pasted verses and choruses together.  The later is what I tend to do.  When I being to write a song, I usually have a chord progression and at least one melody or riff to go over the top of it.  Once I have these essentials down, I tend to try to write a complementary progression to accompany it.  If I start with a chorus, I will try to force out a verse, or vice versa.  A lot of the time the second part I come up with will be dull and uninspiring, especially compared with the original piece.

What I have grown to do is to stop and save that first great part.  Even though it isn’t done, I record it and come back to it later.  After a while, I end up with a lot of partial songs.  This is when I start to mash things up.  I’ll take two pieces of music I wrote on different days and see if I can make them work together.  Sometimes I will have to alter one’s key or tempo, but a lot of times I can find something that works out great.  One example was when I had two parts that were worlds apart.  One was a circular sounding progression in C Lydian in a 4/4 time signature.  The other was in E natural minor in 6/8.  But with the addition of a bridge that used chords common to each; I was able to forge one catchy, at least in my humble opinion, song.  I would have never been able to write this song straight through.

2.  The Extraction Method – The extraction method involves writing a melody/lick/guitar part over one progression or static chord and then talking it and playing it over another.  This one can be tricky to get down, but once it sinks in, it can produced fantastic results.  I have a lot of jam tracks for the guitar from various method books I have acquired over the years and what I will do is improvise over these simple progressions and then pull those melodies I’ve created out and position them over my own, slightly more complex progressions.

One rule of thumb to make things easier would be to either write over a simple progression and overlay the melody to a more complex one, or write over complex changes and put it over something more basic.  An example of the later could be hitting all the cord tones in a complicated progression and then playing those same chord tones over a vamp of just the root chord.  It’s a great way to imply chord changes and movement when there really is none.  Or you could create a beautiful lick over a simple I-IV-V chord change and rock it over something completely different.  Think of all the new possibilities!

3. Listen to World Music – Alright, this one doesn’t have a catchy name, but it’s still great.  The rationale behind this is that by listening to new and exotic music (to your ears at least) you can borrow these new sounds and craft them into your own style.  If you want to be a great folk songwriter and all you listen to is folk songs, you might end up sounding very boring and derivative.  But if you infused musical techniques of another culture, you could be revolutionary.

Frank Zappa has had great success utilizing many genres of music in one song.  He has been known to throw a tango into the middle of a jazz piece, a Latin rhythm into the bridge of a pop song, or even soul and doo-whop into a rock song.  Most of the time you can’t instantly recognize what he is doing, but further analysis shows that there was indeed a method to his madness.

4.  Variations on a Progression – This tip has to do with writing as many different melodies, or in my case guitar parts, on a single chord progression as possible.  This doesn’t all have to be done all at once.  Keep coming back with a fresh perspective.  A lot of times, when someone writes a great melody to accompany a song, they stop and call it a wraps.  I urge you to keep going, keep pushing.  You might not use every lick, but the more you write, the better the end result will be.  Once you have a handful of parts (shoot for at least 4 to 5) go back to the song and rearrange them or record them so they play on top of one other.  Who knows, this could result in some great harmonic sound.  You will never know unless you try it.  Also, take different parts and play them on different instruments or make it the main vocal line.

One example of my success with this is the lead track from my band’s latest EP.  The song is called “Your Whispers.”  (Shameless yet relevant promotion: Hear it for free at myspace.com/axiokick or axiokick.com).  In it, I wrote many different licks.  I have the heavily distorted one that kicks the track off, the lighter more melodic one, the solo, and the outro arpeggio lick.  I had a handful of parts that never made the final cut, although I do throw them in to a live version here and there.  In one early demo I had the heavy riff and the melodic riff playing at the same time, but I decided to separate them and create a loud/soft dynamic that really works.

5.  The Chinese Menu Approach – I actually read this in a guitar book and it was referring to soloing, but I have adapted it to songwriting.  The basic idea here is to have different lists of song structure components and then randomly choose one from each category to write a song.  The different categories could be tempo, rhythm pattern, genre, instrument, effect type, key, type of melody, song format, and so on.

For example, you could chose a fast tempo like moderato or allegro, a hip hop drum pattern (a drum machine or sequencer is very helpful!), a country sounding chord progression, played on a guitar with a lot of reverb and echo, in G Lydian, that has a very slow and drawn out melody, and that has a long instrumental beginning before the verse begins.  Now that might not sound very good, but it could be a great starting point.  Create a list for each category with as many variables as possible and pick them out like you would items on a Chinese Menu.

Well, that’s all I have room for this time.  I hope there was something here that will inspire or help create your next masterpiece.  Thanks for reading!

Here the entire EP for Free at:  http://axiokick.bandcamp.com/

One Book I Recommend

The Cathedral reverb pedal by Electro Harmonix is the most outstanding pedal I have ever had in my effect chain.  There is a seemingly infinite number of reverb sounds you can get out of this thing.  And, the paint job is beautiful.

One thing I can’t live without on the road

Releasing an Album, Tracks at a Time

The Secret to Getting More Gigs