I bet you wonder what I mean by that? 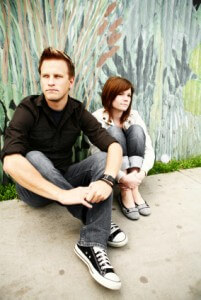 Well – a few years back when I started a brief stint with a Vocal magazine online, I interviewed a well-known artist and asked him about what was the epiphany that led to his success. He told me it was when he realized“It’s never about them.  It’s always about you.” He went on to say that whatever is not working is because something is not yet right at home base – it’s not that the industry doesn’t get you – it’s that the you they’re looking for is the you that you haven’t found yet – whatever that is!

Sound complicated?  Well,  it is.

And the bad news is:

It sounds like it’s all up to you and it could be all your fault.

Well — it kinda is. Here’s the thing…

Today’s music business requires that not only are you an artist – you also have to have business savvy. Look who Universal Records just signed? (Rebecca Black.)  Can you believe it – really! But — she had moxie – savvy. She took the existing YouTube model made famous by Justin Bieber and followed the steps – and – wha-la — it worked. She captured the attention of Universal Records and landed a record deal.  They, after all, are after big numbers – and they are just waiting for you to prove that to them. I just brought an awesome artist to them a few months ago – she had it all – unique voice, awesome artistry, great songs — and you know what? They passed because she doesn’t have a big enough fan base. You know the story of Sugarbush right?

Did you just let out a big sigh?

Yeah me too — That news would not inspire me.   I would just get frustrated or feel deflated – curl up in a ball for a few hours and feel like the world’s against me.

But then I’d dust myself off and face the fact that Black knew the magic secret today – the key ingredient to getting out there – Exposure.

So the question to ask is “What stops you?”

Usually it’s the very thing that blocks your voice, stomps on your soul, drags you kicking and screaming to the stage, and keeps you waiting for a deal. It’s the part of you that believes your success comes from others — and that it’s everyone else’s fault that you’re not famous – that your talent hasn’t been recognized yet. It’s also that part of you that’s scared and insecure about your music or talent. But today – it’s a different game out there – and you’ve got to start playing by the new rules if you want to get a leg up.

If you really look at this square in the face, you’ll actually get inspired.

The fact is that you hold the cards – now more than ever! If it’s up to you – that means you have all the power – if you know how to get on board and create your Platform.

“If you keep doing the same things you’re going to get the same results. If you change what you are doing, you’ll get a different result.”

My version of this I stole from Wayne Dyer: “When you change the way you look at things, the things you look at change.”

Here are two simple ideas to implement right away:

Keeping brainstorming on the quickest and most effective ways that YOU can build your Exposure.

AND let me know what has worked for you – share your story of victory. (No victory too small!)

Cari Cole is a renowned vocal coach, artist development expert, songwriter & music producer.  She helps artists find their voice, craft their style, and create successful music careers. Her weekly eZine Standing in the Spotlight goes out to over 2,500 subscribers. If you are ready to take your voice and your music to the next level, you can sign up for a F.R.E.E. subscription at http://www.caricole.com 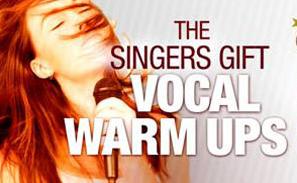 If your current vocal exercises aren’t making the changes in your voice that you’ve been wanting, check out the Singers Gift Vocal Warmups, where you’ll get more than you bargained for — and it won’t take you 10,000 hours to get there.

Why the heck not?