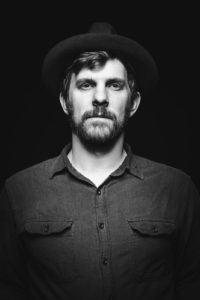 David Burchfield thought he was done pursuing music seriously until a truck hit him while he was driving his scooter home one night. “When I moved to Colorado 5 years ago I thought I’d give music as much of a go as I could. I was ready to try something else,” Burchfield explains.

After completing graduate school and becoming a 4th grade teacher, Burchfield thought he’d found his new path, but that all changed with the accident. “I was forced to reevaluate how I was spending my time alive and I realized that I’d too quickly buried my passion for making and sharing music. I wanted to dive back in and give it
another good effort.” Burchfield writes American folk music that is at once rooted and expansive. 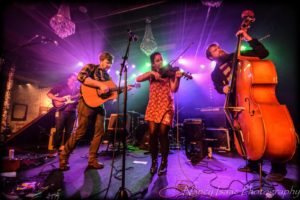 Taking cues from Josh Ritter and Joe Pug, Burchfield’s literate lyrics meet emotive grace in nods to Gillian Welch, Mandolin Orange, and David Ramirez. There is a powerful candor in Burchfield’s writing – raw, emotive, and rich with details that bring the listener
right into the scene of his passion. “I’m looking forward to working with Joshua James in Utah for this record. I’m excited to see how my traditional folk and bluegrass leanings mingle with his folk rock and indie sensibilities,” says Burchfield. “This record is my statement about living a life that is in line with my deepest passions. Life is short and I don’t want to waste a minute being a smaller version of myself. I’m just trying to hold true to my best self and serve the artist inside.”

Burchfield is currently raising support to record the album at http://bit.ly/davidsnewalbum. He plans to release the album in summer 2019.

What was the inspiration behind this album after 6 years of not recording?

A couple years ago I was hit by a truck while driving my scooter home. I had taken a few years off of making music seriously and was happily enjoying my life as an elementary educator. Although I came out of it with just a broken nose, that accident made me reconsider what I was doing with my time alive. I’ve always had a deep passion for making and sharing music, and I realized it was time to unearth that buried passion and begin pursuing it again. For this record I pulled out a bunch of tunes that had been written during my hiatus, and several new ones that have been written since the accident. This record is my statement about living a life that is in line with our deepest passions. Life is short – we shouldn’t waste a minute being smaller versions of ourselves. I’m just trying to hold true to my best self and serve the artist inside.

Why did you decide to work with Joshua James on this album and how did it change/inspire the recording process for you?

Meeting Joshua was kind of an accident when I was at one of his shows last year. I’ve admired his work as an artist and a producer for a long time, so I’m looking forward to working with him. I’m excited to see how my traditional folk and bluegrass leanings mingle with his folk rock and indie sensibilities.

Why did you pick Kickstarter compared to other platforms to help raise money for this project?

I knew that if I didn’t raise the minimum amount for this project that I wouldn’t really be able to do it at all. With the way costs are structured for production, there’s really not a middle ground, so I wanted a platform that would push us to reach the full amount I needed. The “all or nothing” model of Kickstarter also has a way of galvanizing an artist’s community of support around reaching the goal, which I think is helpful for creating buzz not only around the campaign, but about the actual album too.

How would you describe your steps on promoting this album to an artist who was releasing their first album?

A lot of what I’ve learned about crowdfunding is that most of the work needed to be successful happens way before launch day. Over the last couple years I’ve worked really hard to build a bigger community of support, extensive online content (professional photos and video, better website, social media presence, etc.). I think this is the infrastructure that supports a successful project. Otherwise, I think consistent, positive updates are key. I’ve just been trying to focus on our progress. I’m trying to underscore every little success and the idea that this really is a community effort that only gets better as a it grows, like a party! That’s the lens through which I craft all of my updates and I think it’s working pretty well so far.

How did you woodshed these songs before recording them?

Some of these songs are super old, some of them newer. For almost all of them of them I’ve written, rewritten, shared with friends, and then honed my performance of them even more before I brought them to an audience. Eventually you just have to bring them out into public and see how an audience connects with them. I try to not judge their reception too harshly in louder environments, but in some of the listening rooms I play, you can really tell when an audience feels strongly about a song.

Can you name three artists that you are listening to now that inspire you?

Right now I’m really enjoying the new Big Red Machine album. I’ve always liked Justin Vernon since his Deyarmond Edison days for the way that he connects a folk sensibility with avant garde production. As folky as I come across sometimes, I like the idea of incorporating less traditional sounds in the mix as well.

I’m also back on a Paul Simon kick. I sort of revolve around him and right now I’m just looping “There Goes Rhymin Simon.” His command of imagery and attention to diverse soundscapes that somehow always fit together is endlessly inspiring.

I’m also digging Andrew Marlin’s new record. He’s one half of Mandolin Orange, which is one of my favorite go-to’s for exquisitely sad, well-written folk music. This solo thing he’s just put out is all fiddle tunes in the old-time vein and I just love it. This record has just enough extra groove and crooked/different tunes on it that it feels really special somehow.

How To Easily Get A Lot More Music...