Home Lessons How To Begin A Career In Music
LessonsMusic

How To Begin A Career In Music

written by Head Above Music December 6, 2010

How To Begin A Career In Music
by Tom Hess 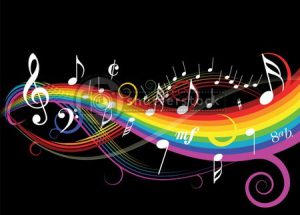 Do you want help on starting your career as a professional musician? Here are several critical things you can start doing right now to build your music career:

Practice to become a professional musician – Never stop improving your abilities as a musician. Before you say, “That’s obvious. Tell me something I don’t know”, there are several things you need to keep in mind. It’s not necessarily about learning more techniques, improving your guitar speed or increasing the size of your chord vocabulary. Think about what a professional musician really needs to know and do musically. Playing your instrument well at home is one thing, but playing well consistently in the studio or on stage is completely different, thus the training and practicing required to play well in those professional environments are also very different.

Of course you should keep advancing your overall musical skills, but if you want to start a successful music career you will need to specifically practice your ability to play well ‘consistently’ in a variety of higher-pressure situations. Remember this important quote: Amateurs practice something to ‘get it right’. Professionals practice to ‘never get it wrong’.

So the next time you practice your guitar, instead of trying to play something ‘faster’ or learn something ‘new’, focus on playing whatever you can already play ‘consistently well’.

Think about a professional guitar player like Eric Clapton. He’s not a great technical guitar player at all, his understanding of music theory is probably very limited, but one of the reasons why he became successful in his early days (and continues to be successful today) is because he can play on his own level ‘consistently well’ every night in any environment.

Your Recordings – If your music skills are good and your songs are good it might be all for nothing if your recordings suck. You do not necessarily have to invest huge amounts of money to record in a great studio, nor do you have to invest huge amounts of money in a great home studio (although it is nice), but you DO need the playing on your recordings to sound TIGHT (making everything rhythmically PERFECT, appropriate dynamic playing, etc.)!

Do NOT make the mistake of thinking, oh this is only a demo, so tight playing is not that critical when making a simple demo… I assure you, IT IS! Virtually anyone in the music industry today who hears your music will immediately notice if the performance recording is not tight. And if it’s not, they won’t be interested. Why? Because your “demo” is supposed to show others both your songs and your musical abilities. The assumption will be that if your demo is not tight, then your live sound will be amateurish and putting you in the studio will cost a fortune when you have to play something 500 times to get it right.

So if you want to start a successful music career, you should practice recording yourself frequently in order to make your studio playing as tight as possible.

Your Live Playing – It’s been said that successful music careers are built on the stage. While not all musicians start a music career this way, it is true that your live playing is a critical component and can make or break your chances of developing a music career.

Record companies want bands that can sell themselves from the stage. That means when a band plays live people listening should want to actually buy the band’s music, and all other band related merchandise. It’s a fact that your fans will buy more during and after a great live show than after a mediocre one even if the songs played are exactly the same. The music industry (or successful bands you might like to join) look very closely at your ability to create a great live show experience for audiences.

Most musicians and amateur bands don’t truly work to improve their live performance skills. Great live playing is much more than simply playing songs while standing (and hoping not to make mistakes)… yet for the majority of local musicians and bands this is all they really seem to focus on when playing live.

Where your fans live is really important – If you want to get signed to a major record label, which do you think is better?

The answer is “B”. It is much easier to get 5,000 fans around the country (or the entire world) than it is to get 5,000 fans in your local area. Everyone in the music industry knows this (including record companies). If you sold 5,000 copies worldwide of your new album on your own, that is good accomplishment, but if you sold 5,000 in your local area on your own that would be a major accomplishment in the eyes of record labels.

Why does it matter? Record labels know that if you can sell 5,000 copies in one location on your own, then it makes sense that a record company could probably sell even more copies not only in your area but in many cities/countries.

By having so many fans in one area you demonstrate to the music industry that you have a lot of proven value to offer and their willingness to invest into your music career will go way up!

Although the internet is a great tool for musicians, many artists are focusing on reaching out to the whole world at once and don’t invest enough time and energy into building a valuable local foundation of fans.

Before the internet, bands typically tried to build a strong local fan base around their city. Those that succeeded in this area where most likely to build a successful music career. But since the internet has opened up so many new possibilities, many unsigned musicians/bands have forgotten the basics which are still very relevant to getting signed to a major record company.

What’s next? – Obviously there are a lot of things you need to do to start a successful music career, but this article is designed to get you started now so that you will be in a better position to do the next steps after you have implemented the concepts above. Here’s a quick summary of action steps to take now: