Home Marketing Getting picked (need to vs. want to)
MarketingUncategorized

Getting picked (need to vs. want to)

Getting picked (need to vs. want to)
By Seth Godin 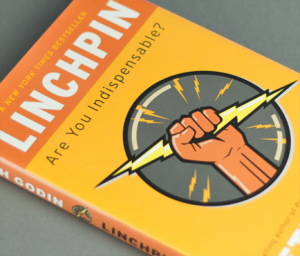 Sure, it’s fun to be picked, anointed, given social approval for what you do—the newspaper writes you up, you get invited to speak at graduation, your product gets featured on the front page of a website or blog…

The thing is, it’s really difficult to get picked, and those doing the picking don’t have nearly the power they used to. (Pause for a second to consider that double math problem: there are way more offerings, creators and choices, and, at the same time, an order of magnitude more media outlets, each with far less power than Oprah or Johnny ever had).

More than twenty years ago, at what he then believed was the high point of his career, Marc Maron auditioned for Saturday Night Live. Lorne wasn’t impressed, nor was he kind, and Marc didn’t get picked to become a cast member.

Today, of course, Marc’s podcast is popular, lucrative and fun. Marc didn’t get there because someone picked him, he picked himself (in fact, now he’s the one getting pitched).

In the SNL instance, Marc had a career path where he needed to get picked. Unless a casting agent or booker picked him, he had nothing.

With his podcast, though, Marc might still want to get picked, but he’s going to do just fine if he’s not. By growing from the grassroots, Marc finds his own power. Not because he’s still doing the same thing. No, because he’s doing a different thing, in a different way, for a different audience, monetizing it differently.

The artist who struggles in obscurity, unfairly ignored because he hasn’t been picked–that’s a poignant sight. But at some point, the artist has the obligation to seek a different path, one that isn’t dependent on a system that doesn’t deserve him.

It’s easier than ever to imagine a successful project or career or organization that isn’t dependent on being picked by those with power.

If you’re frustrated that you’re not getting picked, one plan is to up your game, to hustle harder, to figure out how to hone a pitch and push, push, push. But in the era of picking yourself, it seems to me that you’re better off finding a path that doesn’t require you get picked in order to succeed.

Author Bio: SETH GODIN has written fourteen books that have been translated into more than thirty languages. Every one has been a bestseller. He writes about the post-industrial revolution, the way ideas spread, marketing, quitting, leadership and most of all, changing everything. Sign up for his FREE daily insights here : http://www.sethgodin.com/sg/subscribe.aspx

7 Tactics to Double the Size of Your Fanbase

Taarka on Being Independent for Over 16 Years