7 Tactics to Double the Size of Your Fanbase

One thing that fascinates me about how bands develop is the ‘leaps’ where a band grows exponentially over a short period of time. Very few bands grow at an incremental rate their whole career – but what causes these leaps? 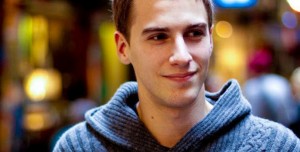 In practical terms, how can you double, triple or quadruple the size of your fan base in a short period of time?

I urge you to not just read this post and go back to browsing Twitter. No one builds their fan base by clicking on links all day. You build your fan base by taking action – testing and learning what works, and eliminating what doesn’t.

1. Every single fan must (on average) generate at least one new fan

To double or triple the size of your fanbase you need every one of your current fans to (on average) introduce your music to one or two of their friends who will also take the same action. This is the most fundamental point to this blog post. The larger the number of new fans each fan introduces your music to, the quicker your fan base will grow. 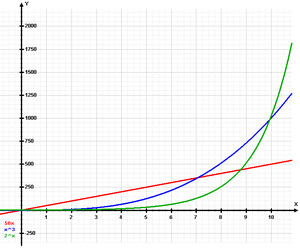 Increasing the rate and quality of producing music videos – or video content – can be a powerful way of exponentially growing your fan base, because as the number of videos on your YouTube page cumulates, the results begin to compound.

This is how many ‘YouTube celebrities’ have made their fame – by producing good quality video content frequently until they hit a tipping point where they have so many videos that they’re getting 100,000s views every day.

You can use services like TubeMogul to distribute your videos to a larger network of video hosting sites, as well as use their pre-roll advertising options, which I’ve found to be very effective.

There are also music specific platforms for building loyalty with your fans via video or live streaming. My favourite of the bunch being Stage.it.

3. Incentivizing your fans to share your music using FanDistro

There are few music marketing tools that help artists spread their music virally quite like FanDistro. In a nutshell, FanDistro enables you to reward your fans with free downloads, t-shirts, and other merch when they get X of their friends on Facebook to download / share your music (called ‘distroing’). For example, I can set up a reward where my fans get a free t-shirt if they introduce my music to 20 of their friends who become new fans.

The site’s been used heavily by the likes of Cosmo Jarvis, who has acquired 390 new fans from just 20 of his fans ‘distroing’ his music on the site. While this volume is relatively low, it shows how this has exponentially increased the size of his fan base using the power of existing fans.

The platform is free to use, although FanDistro takes $9.99 per year only if you earn above that amount. If not, there’s no cost.

I’m often asked what the best way to market music is, and I firmly believe the answer is still to get out there and perform shows day in and day out. No online tool can match that. Tools can complement it, but they can’t replace it.

However, not all gigs are created equal, and the smart musician knows the difference between a gig that will build her fan base, and one that won’t. Smart musicians also know what the most effective ways of getting gigs are.

If you don’t know where to start, begin measuring what matters to you, and work out which gigs you’ve played had the best impact on building your fans. Then scale that up tenfold by doing ten times whatever you did to get those gigs in the first place!

5. Get your fans passively marketing you with merch

I grew up in a small town in Oxfordshire (UK) called Wantage. My band, along with many others, frequently gigged at a local venue called The Sweatbox. Occasionally, big bands would perform here and consequently sell their merch. What’s funny is that for a year or so after a popular band gigged in Wantage, you would see people walking around the town center wearing that band’s t-shirt. It’s a pretty amazing form of passive marketing.

Most bands see merchandise as a quick way of making some money for the band, I see it more as a way to passively market the band for years to come. I would rather break even (or even make a small loss), and have every one of my fans go home wearing my t-shirt, rather than a small percentage of fans paying £15-20 for a t-shirt that earns the band a £3-7 margin per sale.

You can create a merch store easily with Dizzyjam, who specialize in helping bands create and sell t-shirts and merchandise.

6. Re-invest profits & scale up your advertising

I wrote at the beginning of this post that every single fan needs to (on average) generate more than one new fan. That is not inherently true, although it’s a good rule to work by. The alternative is that you can use advertising to directly reach a huge number of potential fans. It’s of course not as e affordable as having your fans do your marketing for you, but it’d be naïve to ignore it as an option.

I’ve tested a lot of online advertising options for promoting music, and the only options that I recommend are:

One of the best pieces of advice I’ve been given when it comes to online advertising is this: The hardest place to sell a book is in a bookstore. Translated to music, the hardest place to promote and sell your music is on music platforms, because you’re competing against hundreds of thousands of other artists doing the exact same thing. That’s why I love Facebook Advertising and YouTube pre-roll. You have the opportunity to stand out.

Similarly to the7 point about merch, most artists see brands and sponsors as a pot of money, when they can actually be seen as an opportunity to reach a much larger audience. In Jay Z’s recent deal with Samsung he may have secured $5m worth of pre-paid album sales, but more importantly he got a huge amount of publicity from the deal, because he leveraged Samsung’s audience (and marketing budgets).

On a more practical level, you can leverage the audience of bigger artists, venues, and brands to build your fan base. Doing covers, features, or remixes can be a good way to have your music introduced to the fans of other artists. If you estimate that you currently have 5,000 fans, how can you ask yourself how could you feature or collaborate with others to double that to 10,000?

If you want to double your fan base in X months, it is possible. You must be very clear about what your goal is and work backwards from there. More importantly, you must track everything so that you can make confident decisions as to what is working and what isn’t. I’ve given you some ideas as to what I think works the best, but don’t be limited by this list or any others – try the many different marketing services out there and grade them by your own criteria. Know what will double the size of your fan base most efficiently and cost effectively.

Getting picked (need to vs. want to)

How to Prep for your Time in the Studio