If you play the same town every week, you’re over-saturating your market. You need to expand constantly. It’s unlikely to have a decent turnout at an important show if there is advertising for smaller shows in the vicinity that same week. Its simple, but so many musicians over look it. You have to consider every show an event- an event that you are going to take some time and creative thought into promoting.

Jason (Violinist) and I used to play 9 shows a week. We would hit up a different bar as an acoustic duo during the week, while playing three happy hours as the house band at Chicago’s House of Blues. Every Friday and Saturday would be set aside for a full band show. We over did it.

We didn’t advertise all of them (I’ll explain that later) but once we started to build an audience we were able to play bigger venues. These venues did not want us to have other shows in a 15 mile radius in order to get all our fans in their doors. These larger venue shows also charge a cover. The regular weekly gigs often did not. If you advertise all of your shows, especially the free weekly ones with the built in crowd, you are giving your audience options to not pay YOU! I had no choice but to extend my market. We were soon able to book Thursday through Saturday as far as 200 miles away in any direction as we slowly built a new fan base as we did in Chicago.

First things first: I took a map and drew a 3 hour radius from the center of Chicago. This would be our new playground. I booked one week north, one week west and so fourth. I concentrated on anchor dates that paid enough for travel; I filled in the routing with other gigs to build an income. The further we went outside of our home base, the better the routing was to book more gigs per week.

Second: Cruise the internet and local papers of the cities you plan on building a fan base in. Look for venues that have similar music to your own and are not looking for a hard copy promo kit. You don’t have time to send out promo kits and it’s too expensive. Most venues these days take internet submissions. Some sites that helped me with this are listed below. Reverbnation and Sonicbids are both great ways to look for new venues, especially if you are new at the game. You can’t beat a $2 music submission if you are not dealing with a booking agent of your own. However, I strongly suggest you finding all the contact info on that venue as well and proceed to follow up personally rather than let it be lost in Sonicbids La La Land.

Third: Play, play, play. You should be playing 8 times a month at minimum to increase your fan base. I don’t care if its open mics, you should be playing out. Open mics provide a great platform to network and showcase your stuff in a new bar. This not only increases your fan base but your self esteem and command of your instrument and of the stage. 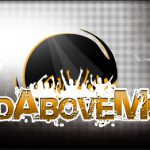 Own This Book : Zen Guitar