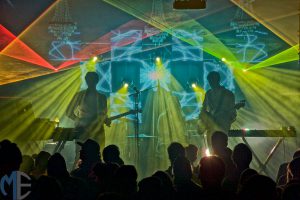 Evanoff is the musical experience created by Jake Hall, Parker Oberholzer, and JJ Evanoff from Denver, Colorado. The high-energy trio blends together a tasteful mix of classic rock and contemporary dance music, to create a genre they call “Dream Rock”. Evanoff has been fine tuning their distinct rock influenced sound and soulfully incorporating it within the ever-growing EDM scene, in the hope to bring rock music back into the spotlight, as it should be…