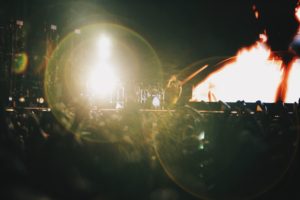 With a collection of radiant memories and palpable joy, the anticipation and dreams for a major Denver music festival have been fulfilled in Grandoozy.

Ever since I moved to Colorado I have been impressed by the Denver music scene. Never in Kentucky or Mississippi was I so immersed in live music like I am here in the Rocky Mountain region. From countless bar venues like the Marquis and Larimer Lounge to prestigious outdoor venues like Red Rocks and the Mishawaka, Denver is a hub for live music.

In all of this, I have felt a missing piece: a large Denver music festival. I dreamed of having experiences like Bonnaroo or ACL in my amazing state. We’ve seen the rock music festival Riot Fest, the new, alternative festival Velorama, and heck, even the Christian Music festival Heavenfest, but nothing the scale of Grandoozy.

This year was the first in a five-year contract with the City of Denver to host a music festival run by Superfly (the people who run huge festivals like Outside Lands and Bonnaroo) and although imperfect, I believe Grandoozy was an overall success. 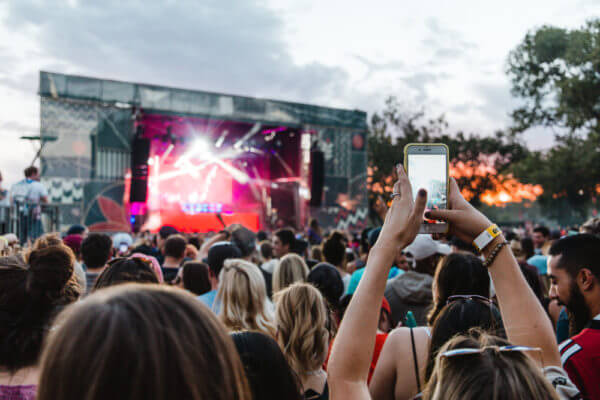 I remember walking into the grounds the first day with no idea what to expect and honestly the fear in my chest that this was going to be a major flop. The festival was at Overland Park, a golf course outside the City of Denver that was overhauled with booths and three large stages for the weekend. There wasn’t anything special in regards to art or atmosphere but entering the grounds with the sound of Ty Dolla $ign playing Psycho somewhere in the distance and the warmth Colorado September sun caused the fear to leave my chest. All I could think about all the music I was going to see that weekend, and especially for Kendrick Lamar that night.

The first experience I stumbled upon in the festival was the Bud Light Dive Bar stage, a small stage that a selection of artists were playing intimate sets at all day. I walked up in time to catch BAYONNE, a captivating electronic artist looping beautiful melodies and live percussion. You can read an interview I did with Roger of BAYONNE for Head Above Music here. 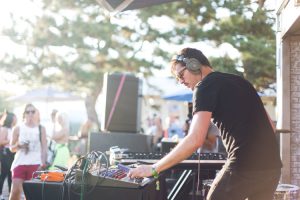 After that I went to the Paper stage and saw Phoenix play a notably lively set. At this point the sun was beginning to set and this feeling, one of fulfillment and joy, was welling up and causing me to dance and sway to the music like I was at home. After this set I caught a few songs by Miguel and The War On Drugs and proceeded to head to the Rock stage to stake out a good spot for Kendrick. 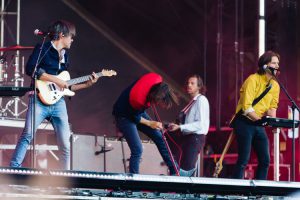 “Please Note: The upcoming performance involves concussion mortars that create loud booming effects” the screen warned the excited fans. It didn’t take long for me to begin talking to those around me about Kendrick Lamar and his influence in music today until finally… BOOM. What sounds like a bomb creates a plume of smoke on the stage and out comes Kendrick Lamar performing DNA. In all honesty, the crowd was half of what I expected it to be. It was fairly tame and most people were just slightly nodding along. For the most part it seemed that Kendrick kept his attention on the delivery of his words and it felt more like listening to an engaging speech than watching a rapper perform. This allowed the message of Kendrick’s music to come alive more than it ever had which is an experience I will always cherish. 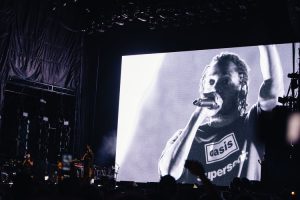 Day 2 was my favorite day and the headliner artist that night was hands down my favorite of the entire weekend. We got to the festival just in time to catch 6LACK’s perform his brand new album East Atlanta Love Letter. Right after that set finished I hurried to the Dive Bar stage to see the indie rock band Wilderado play with the most energy I had seen yet. They had the entire stage bouncing under weight of the jumping crowd, it was a blast. I got to meet the guys in the band and interview them about some of their inspirations which you can read that here! The rest of the evening was comprised of watching Harry Hudson and Young the Giant until the time for that nights headliner, Florence + the Machine. 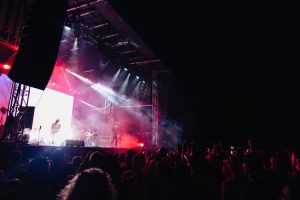 I was excited to see Florence + the Machine, of course, but I wasn’t expecting very much. I knew their album Ceremonials well but besides that, I was just there to be surprised. Florence came out barefoot wearing a white gown looking absolutely stunning with her large band accompanying. Unexpectedly, the energy of the show was greatly intensified and Florence began running, skipping, and twirling around the stage demanding the captivation of everyone in the audience. It felt like watching the words “beauty” and “purity” dance around personified on stage. Before I could process much I began to move forward in the crowd to get closer, I needed to be closer. Florence took a break between songs to talk about the importance of love here on Earth. This stood in contrast to what I was experiencing from those around me as they yelled at me for being too tall and in their way. I tried my best to duck and not obstruct and was moved to tears as Florence sang South London Forever. Joyful tears continued through the entire song that lead into her playing Dog Days Are Over. Florence told us to put our hands in the air with our hands open, releasing something holding us down. In complete freedom I danced as hard as I could with my hands in the air and tears streaming down my face thinking about forgives and freedom. It was spiritual. I left the show that night feeling light and full of childlike joy. 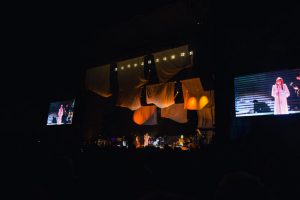 The final day of Grandoozy began with Kelela’s soaring vocals and powerful stage presence. After her set I finally took the time to walk around the festival grounds and visit some vendor booths. It was cool to see locals businesses like TOPO and Icelantic Skis there selling their merchandise but besides that, there was nothing worth noting. My biggest complaint for the festival was the lack of experiences outside music. Due to this boredom, friends and I went to stake out a spot for a highly anticipated Daniel Caesar set. Right against the barricade we saw Caesar & his amazing band play all the way through Freudian. It was phenomenal. Next was Logic who had a hilarious stage presence that played out in dialog between him and his DJ interacting with the crowd. After Logic, I caught a quick glimpse of the odd St. Vincent & overwhelming Chainsmokers until it came time for Stevie Wonder. 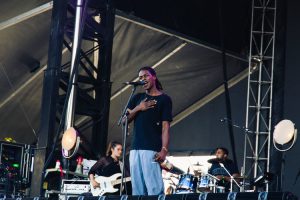 Stevie Wonder by far had the biggest band of the weekend, comprised of world class musicians & vocalists. Seeing a legend like Stevie play was so special and felt like a blessing. His influence in music is larger than I could comprehend but was so easily enjoyable. I found myself doing the electric slide to his songs with strangers in the crowd and making friends with everyone around me. The positivity in Stevie’s performance was tangible. I saw so many younger people in the crowd FaceTiming their parents to show off (including myself). It was such a fun and inspiring way to wrap up a full weekend. 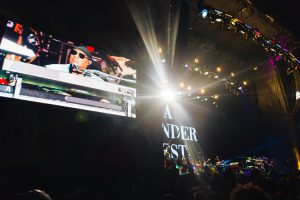 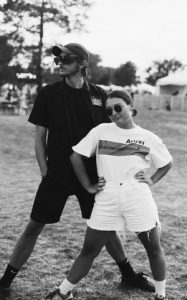 With the obvious marks of its infancy, Grandoozy still impressed me with its lineup and turned out to be an overall success. I can’t wait to see how it grows in these coming years!

My name is Marshall McKinley and I am a tall, Oreo-loving, glasses-wearing creative from Boulder, Colorado. I love expressing and conveying messages through any medium I can get my hands on. Continually pursuing passion and people with all my heart. I would love to work together, find me on my social medias or send me a message here. You can also find this article on my site here: http://marshallmckinley.org/new-blog/