Home Gear How I Made an Album on an iPhone
Gear

How I Made an Album on an iPhone

By Tom Freeman, AKA Freematik 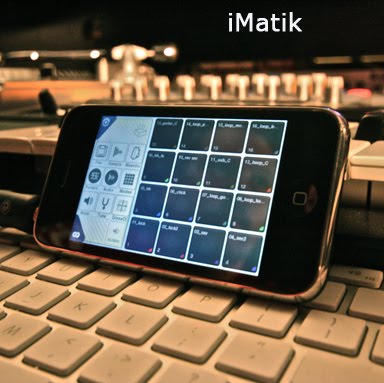 This album began simply as a fascination with iPhone music apps.  I was addicted, like many others, and couldn’t help but hoard every iPhone app that was even remotely related to music production.  I bought any app that I could and just started making beats and weird sounds wherever I went, including on the beach, in various hotels, motels, restaurants, and of course just while just chillin’ and watching T.V.  You need headphones or earbuds to really hear you’re what you’re working on, but even the built-in speaker can work well enough in a quiet location.  The nice thing about making music on the iPhone is that it is always nearby and always loads up quickly.  While I can make a beat on a laptop relatively quickly, I could make something on the iPhone in less than five minutes!

One of the first apps that I bought was Intua BeatMaker, which, at the price of $20, is the Rolls Royce of iPhone beatmaking apps.  Unfortunately I ended up not using it for months because it is really deep and I didn’t really understand it at first, mostly due to lack of time.  What really became my workhorse at first was the iZotope iDrum line of apps, which are easy to use and also really well thought out.  I ended up buying 5 of the different iDrum app offerings at $5 a piece.  Each one has different sounds and, in some cases, different features.  With the iDrum apps it is also possible to edit sounds via a computer, but during the recording of this album I didn’t get into that, being pretty content with the options available directly on the phone.

Besides beatmaking apps, I really got into the various synth apps available.  I started with the free ones like miniSynth and NLogFree, and then eventually moved toward paid apps such as Argon, Dronestation, and Thereminator.  All of the synth apps, including the free ones, are great sounding but are hard to play due to the small keys.  Even when apps such as Argon offer separate keyboard sizes, the screen size of the iPhone limits the playability of these cool instruments.  This is clearly a situation where having an iPad will turn potential into actuality, as the bigger screen will solve a lot of the limitations of the apps.  The other playability issue is velocity, since the iPhone’s screen is not pressure sensitive, and the iPad won’t be either, but I read that this will eventually happen.

Another category of musical apps are the sound manipulation ones, which were really fun to play with.  There is an app called Soundwarp that lets you record sounds into it and then “play” the sound by flinging (or shaking) a hockey puck-like object around the screen.  The left to right position of the hockey puck determines sample playback position, and the up and down position determines pitch.  You can also set different physics settings that affect the trajectory of the puck.  I could make a really cool turntable stopping effect by tossing the puck a certain angle, with a certain physics setting that sounded closer to the real effect than anything else I have tried in the studio.

Speaking of turntables, there is an app for that too ;-).  I started with a free one, but eventually found, and fell in love with, the $8 app called Flare.  Flare lets you import your own samples from a wireless connection and “scratch” the sounds, either by itself, or to an accompanying battle beat.  I was even able to practice my scratching skills while a passenger on a road trip to L.A. by plugging it into a car adapter and cranking it up on the sound system.  Despite a little latency and a small screen area to work with, you really feel like you are scratching a turntable, and the sound of the scratches and turntable stops are really convincing.

One of the most impressive and deep applications is the free Jasuto, and the paid version, Jasuto Pro ($5), which are modular audio processing and synthesis environments for the iPhone.  You can drag and drop modules such as delay, step sequencer, envelope, etc. to create any type of device you can dream up.  My “secret” app choice was iSkream, which is not listed as a music app, and might be considered by some to be a toy, but it allows you to record in samples and play them back with a nice choice of FX, such as delay, reverse, reverb, and pitch bending, and more.

After ending up with a ton of beats on my iPhone, and exploring the cool sounds available in other apps, I wanted to find a way to combine all of these sounds together.  I bought the multi-track recording app, FourTrack ($10), in hopes that it would let me do some of this, but since it is impossible to run two apps at once on an iPhone, it wouldn’t be possible for me to combine the audio output of any apps in real time.  That’s when I decided it was time to bring this to the studio.  My only rule was that any sound that ended up on the album was created on my iPhone.  So while the album was overdubbed and mixed in a digital audio workstation, I didn’t use any external synths or import any other audio, loops or sounds not created by an iPhone.  I did, however, allow myself the luxury of mixing this project like any other project I work on, using hardware and software effects where needed to create a truly high fidelity experience.

Some applications, such as Intua Beatmaker, allow you export your projects as audio files, so that you can then download them from the phone to a networked computer.  Most apps, though, need to have their audio output recorded directly from the iPhone’s audio output.  I used a mini to dual 1/4″ cable to get the stereo signal into a Universal Audio 2108, an excellent stereo mic/line preamp that is unfortunately no longer made.  In fact, I liked the sound of the preamp so much I pretty much gave up on using the export functions in apps in favor of just running everything into the 2108.  I recorded all of the beats, sequences, and anything else I made on the iPhone into Cubase 5, and then sequenced all of the parts in a way that seemed to flow.  I really had no specific vision for the album, other than wanting to have each song transition from one to the next without breaks or pauses.

Once the parts were sequenced out, it started to sound like an album and I began to have more specific ideas about what I wanted to do.  I began to see this as an old school DJ mixtape that told a story with scratches and samples on top of a beat.  I used Cubase 5 to overdub all the DJ scratches and other samples onto what I had already recorded and sequenced.  I imported all the samples I wanted to use into the DJ iPhone app, Flare, which let me pull up and scratch any part I wanted.  Over a period of weeks I overdubbed more and more parts whenever I felt like it, with the synth and sampler apps, until I had a lot of tracks to work with.  I also had an associate, Felix Inferious, overdub some parts from his iPhone and collection of apps while he was over at my studio.  This resulted in a dense and huge music project.

I spent a couple weeks editing the project, which consisted of chiseling out the best parts from a ton of material.  With the small screen and lack of pressure sensitivity, it is almost impossible to play extended parts perfectly, so there was plenty of editing required to remove any slop that occurred during recording.  Even though the iPhone is limited in some major ways as far as being an expressive music instrument, it was amazing to me how easy it was to improvise and be creative.  While I have a well equipped studio and a huge collection of music software, I had more fun and felt more creative than I have had in a while.  The final result is an album I am truly proud of, and a new outlet for music production that is with me wherever I go.  Now I just have to save up for that iPad 😉

You can check out the album at www.freematik.com

Author Bio:
Tom Freeman, AKA Freematik, is a music producer who works mainly with underground rap artists in the Bay Area. His production skills can be heard on many mixtapes, as well as in bars and clubs around the Bay Area. He produces his own albums as well, which can be found at www.freematik.com.

I Want to Play Clubs that Pay Me. How Do I Do That?

I Want To Do Home Recordings! What Do I Need?