By Jon Ostrow of Mic Control 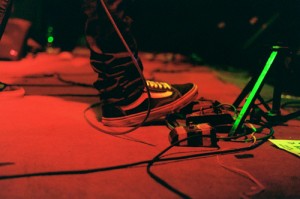 As album sales continue their downward spiral, many musicians are turning to live performance and touring as a more consistent and frankly more realistic way to make money and sustain a full-time career as a musician. 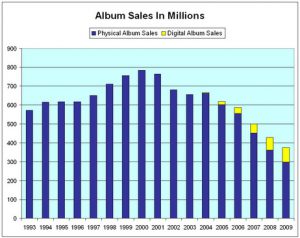 Touring not only gives artists the chance to connect and network directly with fans, but is the perfect opportunity to create an experience worthy of repeat sales from each fan. Not to mention that touring also opens the door to multiple revenue streams, what with ticket sales and merch sales both acting as a prevalent source of income for touring musicians.

However, touring is no sure thing either, as overall ticket sales took a turn for the worse in 2010. Even social media darling Imogen Heap struggled to make touring work in 2010.

But the decline in ticket sales in 2010 should not scare you away from touring. This is not a ‘wrong way’ sign, telling you to head in the other direction. No, this is simply a warning that when you decide to tour in 2011 (and I strongly recommend that if you are ready, you go for it!), you simply prepare yourself to make the best of any and every situation.

The following are some ideas that should be considered by all musicians who are preparing an upcoming tour, as they can all help to increase attendance, increase sales and increase fan loyalty:

Plain and simple, all musicians should be leveraging the influential power of blogs. We’ve discussed that in the past so I won’t go too much into that.

However, in addition to networking with influential niche blogs, you should be networking with blogs that are local to the areas and venues you are hitting on your tour. With these blogs, you are not looking for widespread attention, but are rather looking to grab the attention of existing (and new) fans that live close enough to the event that they can actually make it out to the show.

A simple features is always helpful, but if you have any sort of discounts or other special offers that you can give to bloggers to offer to their readers, offers that can only be acted upon at the upcoming concert, you would certainly up your chances of increasing attendance. And of course, make sure the feature is as close to the event as possible so you can reap the most benefits from it.

2) Check For Scheduling Conflicts In All Local Areas

Though you can’t avoid everything, every time, don’t forget to check the surrounding schedules of other venues when you are planning out your tour to make sure that you are not booking a show on the same night as another major event.

Important events to watch out for are performances of bigger bands who share the same fans and sporting events being held in the area (football and baseball are the worst!). 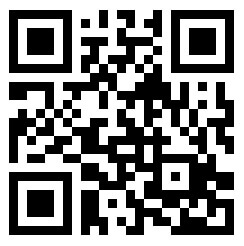 You’ve undoubtedly seen these funky little barcodes pop up all over the place. Everywhere from business cards and print ads to billboards, QR codes are being used to drive the ever-expanding Smartphone-owning market to web pages with special offers, directions or just further information on a product by allowing people to scan the barcode with a ‘scanner app’.

QR Codes are free and easy to make, and are a great opportunity for you to drive concert attendees to your website, blog or social media accounts. Wherever you spend your time online, and where your presence is most felt is where you should drive the traffic to.

Many services offer the ability to turn links into QR codes, but I strongly recommend using bit.ly, which allows you to not only turn a link into a QR Code, but it also creates a bit.ly link that can be used to track when and how many people scanned the QR code.

4) Placing Fans into Geo-Location Based Groups

Geo-location has become a buzz topic in the last year, with services like Gowalla, Foursquare and Facebook Places making a big splash with social media consumers. But one thing that is overlooked far too often is the fact that many ‘fan management’ services like Reverbnation’s FanReach Pro and Fanbridge allow you to place fans on your mailing list into location based groups.

The benefit of this is huge!

5) Delegate Responsibilities to The Entourage

Everyone likes bringing friends on tour with them- it’s a great experience that no one wants to forget, and everyone wants to share. But if you are planning on brining a few friends with you on the road, just remember that they will be costing you money, so you might as well put them to work!

Going on tour is essentially running a business from the road. There are more than enough job positions that need to be filled to ensure a successful tour, especially if you are doing it DIY, so be a good boss and delegate the responsibilities!

Here are a few that you’ll want to consider:
Street Team Manager
Community Manager for social media account
Merch Table Attendant
Tour Videographer/ Photographer (see #9 below for more info)
Tour Accountant in charge of all inflow and outflow of tour funds
Tour Gopher, or a person who will ‘go’ get things ‘for’ you when you are busy.
Mailing List Manager

Many of these responsibilities can be dealt with by the band, but don’t be afraid to hand out some of the workload!

6) Have A Safety Net

Of course you and all of the members of your crew want nothing but the best to happen during the tour, but as the saying goes, failing to prepare is preparing to fail.

Make sure to establish a proper safety net by covering all of the necessary bases, so that should any problems arise, you are ready to overcome them and move on. Issues that could have been potentially tour-crippling, are now nothing more than a speed bump (well… hopefully, but you get the point)

– AAA Membership: A primary membership to AAA is $58, and covers a person, not a specific vehicle. This means that any car you are in, whether it is your own or a borrowed tour bus, it is covered by your AAA membership, and will get you out of a bind should you run into engine issues, a flat tire, a dead battery or any of the other problems that stand in your way.

– Health Insurance Cards: Only an idiot would travel with out their health insurance card. Now, understandably, not all musicians have health insurance, but if you do, make sure you bring the card with you. You don’t want to be stuck in a situation where you need medical attention and have to end up paying out of pocket (or out of the tour funds) because you forgot your card. Forgetting this is an easy way to cut the tour short. Here is a great site to find affordable Health Insurance for every musician.

– Credit Card: Not that you will need this, but it’s always good to have just incase any of the above issues or any other potential problems arise and there isn’t enough money to cover it. Now, remember that screwing up your credit is almost irreversible, so it is strongly recommended that you only use this in the most dire situations.

Besides the entourage you bring with, you are bound to run into quite a few different people before, during and after shows and the last thing you want to be doing is leaving a wad of cash lying around for someone to grab a hold of. Bring a mini safe, or even a briefcase with a lock that only delegated people have the combination to. Getting paid in cash is a usual happening on tour, and with plenty of people around, you can never be to careful. This is a business after all.

At every show, you should have a mailing list ready to go for all of your fans to join. That is an absolute given. But one thing that far too many musicians forget to do, is follow up with those fans, thanking them for attending the show and for joining the mailing list.

Not only should your follow up be immediate, meaning either the same night of the performance or the following morning, but it should also contain some free content to show your appreciation.

The content should be of the highest quality, and even better, it should be unreleased. It could be a single track, or maybe an EP, or even a recording from a previous performance.

Whatever the case is, make sure you prepare the content before you hit the road, as this is something that will easily and quickly get overlooked as soon as you become preoccupied, and it will end up being a ‘wish we had done that’ situation. Forgetting to do this is a hugely wasted opportunity to strengthen the loyalty of your new fans!

No doubt about it, video is huge, and better yet, it is the most easily spread-able format on the net. Get yourself a nice DSLR camera, or if you can’t afford that, get a much more affordable Flip camera and have someone on your team (see #5) film you at all times, including before, during and after show performances, while on the road and really any other time you can so that you can give fans a regularly updated video series that shows a slice of life of you on the road.

This is a great way to keep up with your social media presence while you are on the road and otherwise may not have had the time to give your fans online the attention they usually receive.

Depending on your level of touring, a cover may just be charged at the door instead of tickets being sold ahead of time. However, if you are selling tickets in advance for an upcoming show, why not avoid the ridiculous surcharges and fees of Ticketmaster and/ or similar services, and instead opt to use a social media based ticketing service?

Services like FanFueled allow you to set up an event, and leverage the power of social sharing by putting all of the show promotion into the hands of the fans. FanFueled uses an incentive system that allows fans to receive a cut of the surcharge of every ticket they help to sell by sharing the link to the event through Facebook and Twitter.

On top of this, the fees involved with the tickets themselves are minuscule in comparison to Ticketmaster, so it actually makes it more affordable for your fans to come out and see you.

How Do You Prep?

What ideas and considerations do YOU think all musicians should be making before they go out on tour? Please leave a comment below!

Thanks again to Jon Ostrow for this contribution. www.miccontrol.com