Home Advertising The Music Biz – It’s All About Networking
AdvertisingMusic

The Music Biz – It’s All About Networking

The Music Biz – it’s all about networking
By Peter Manhart
Chicago, IL 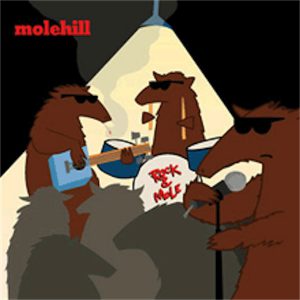 My name is Peter Manhart, and I am the frontman for the Chicago band Molehill. In the past year and a half my band has really started to hit its stride, and a lot of our recent success is thanks to networking in the music community.

Michael W. Dean wrote a book called “$30 music school”, and the part I remember the best is a story he told. Dean’s band Bomb was signed by a major label, and one day this guy comes up to him at his practice space and says he’s trying to get together as many bands as possible to commit to attending each other’s shows, so that they all have a crowd to play for all the time. Dean was cocky at the time and declined the offer. That man who had approached him ended up being the singer for Counting Crows, they got famous, and Dean’s band eventually faded away.

The point is, you need friends in this business. There will always be some bands that are ahead of you in the game, and some behind you, but it pays to be friends with EVERYONE. Don’t get cocky.

My band, Molehill, is a founding member of the Chicago Roots Collective (www.chicagorootscollective.com). This is a group of 10 Chicago bands who help each other to get their music heard. We book shows with each other, promote each other, and attend each other’s shows. This has helped our band in so many ways… Not only do we automatically have 9 bands to choose from when putting together a bill (and believe me, the best way to pitch a show to a venue is with a complete bill), but all of these bands have friends in bands, and as time goes on and we are introduced to the friends of the bands that we know, and then their friends, and pretty soon the Chicago music scene becomes a lot smaller and more welcoming.

Music doesn’t have to be about competition. Whenever you have a free night, try to get out to a local show and show your support. Stay after and chat with the band, and try to develop relationships. Open mic nights are also a great place to go out and meet people. Then, if you show that you are legitimately interested in knowing and supporting these other bands, they will return the favor. Pretty soon you will be playing to bigger crowds, and you will be offered more shows that you can pick and choose from.

Your web of connections will just get bigger and bigger; you will start to meet artists who can make your flyers, people with studios who can record you, and eventually industry people – talent buyers for clubs, and managers.

Also, making friends with other bands is the best way to break out of your hometown and start touring. Molehill has been having a lot of success in the past year or so touring between the Midwest and East Coast, and the majority of these shows would not have happened if we hadn’t found other bands to get on the bill with us. Most cities won’t book your band if you are from out of town, unless you find a couple other local bands to join you. So what do you do? Go through your list of connections, use social networking sites, find some bands in the area you are trying to play. Some of them might be happy to throw you on a bill without asking anything in return. Some of them might ask you to return the favor and get them a gig in your hometown… in which case, back to your list of connections. If you can’t get them on a bill with your own band, maybe they can play with one of the other bands you know!

That’s what it always comes back to. If you want to play out of town, or even bigger clubs in your hometown, the way to do it is to get out there and meet people. Support local music and eventually you will become a part of the “scene”. To be cliché, it’s all about who you know!

Peter Manhart has been playing music for his whole life, and has been in bands since age 16. His band, Molehill, is a high-energy original rock band, that has been building up some great momentum in the past 2 years. After a rough formative period from 2005-2008 or so, which saw 2 drummers, 4 or 5 keyboardists, and about 8 different bassists, they finally have a permanent roster of band members, and have been playing regularly well-attended shows from Chicago to New York City and Washington DC. They will be recording a new EP this Winter.

Listen to Molehill on iTunes

One book I recommend – 1984 by George Orwell
Favorite piece of gear – Line 6 DL4 delay modeler
One thing I can’t live on the road without – my inflatable mattress!

How to Make a Living Playing Music