Home Lessons Making a Music Video: Back to Life
LessonsMusic

Making a Music Video: Back to Life

Making a Music Video: Back to Life
By Esther Sparks

Back to Life on iTunes Here 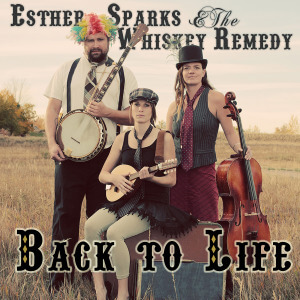 The first thing I wanted to come up with when my band and I decided to make a music video was a story line. I’ve watched enough music videos where the band just stands around in an old warehouse posturing and singing into the camera. I wanted something quirky and funny that people would hopefully re-post and watch again.  All in all, the making of the video took about 3 months, and my greatest asset in getting it done was a group of very-willing, super-productive, and incredibly creative and talented people.

There’d been an old clown wig lying around my house for ages and it somehow found its way into the van one night when we were traveling to a gig. The band all took turns wearing it, and an idea formed in my mind. We would be an old-timey circus in our video, and our story line would be the sad clown who couldn’t get it together, but then came “Back to Life”.  We started with video planning meetings about a week after our audio recording was done. Now that we had a rough copy of our audio we would have a real-time skeleton to work with. I presented my idea for a storyline and we brainstormed. We’d need a couple of long weekends to work on the actual filming. We needed props, costumes, and extras. Jesse our producer (an audio engineer and producer, who was trying his hand for the first time as a film maker) borrowed an excellent Canon 60D camera and some super-powerful filming lights from one of his clients. We contacted our friends, talked to our kids and asked everyone available to be present for the weekends of filming. We were ready to go.

The weekends of filming were my favorite parts. We started early morning on the Saturday. No one was much in the mood for acting like clowns at 7am on a cold October Saturday morn, but by the time we’d donned our wigs and makeup we were all getting into our parts and enjoying the mood. Jesse’s partner Becca is an excellent visual artist and she helped me map out the storyline, scene by scene. Jesse and I had also scoped out all our locations with care, so the days ran pretty smoothly and it was easy to know exactly where each character needed to be standing/acting in each scene. The party scenes were just a blast. Of course, during the scenes where I would have to lip sync we used a battery operated ghetto blaster (not an easy thing to come by these days). Our main actors Darren and Melissa (the clown and the cute drummer girl, who are by the way, a couple) were pretty worried in the beginning about having to do so much acting, but they surprised themselves, and everyone else, with what great acting abilities they possessed.

Once the filming was finished it was time to edit. This of course took the most time. Jesse was working with an editing program called Final Cut Pro, that he himself was only just learning. Becca and I worked as his artistic advisors and after a few weeks of chopping, cutting, and effect adding we found our movie was starting to take shape.

Finally we had to put the movie in the right format to fit it onto Youtube, and now, we are ready to present it to the world. I learned SO much in the making of the video. Mostly I just really enjoyed the collaboration of the whole project. So many folks giving amazing input and talent, even our kids had such a blast being in the show. I can’t wait to make the next one and it’s going to be 10 times better!

Esther Sparks recommends you take a listen to: Frightened Rabbit and Admiral Fallow (both bands from Glasgow)