By Christopher Dicks and special thanks to Dotted Music and their continuing support of  H.A.M.

I have worked 9-5 in audio for 7 years (and sometimes 5 PM to 9 AM). When I studied recording engineering and production in 1996 at Fanshawe College in Canada, it was all about big studios, getting signed to a record label, and getting radio play. We learned to use magnetic tape, but we leaned toward digital. They taught me how to get clean sound through being methodical, but also to respect the crazy girl that tries anything and everything to make her mix radical.

But now I have a “real job” and I’m producing and marketing an album from home in my “free time.” It’s really reinventing the wheel since a big record deal and mainstream radio play are a longshot and physical stores are disappearing. So I thought I’d share with Dotted Music readers what I have learned over the last year from my own experience and from leaders and pioneers of this new internet music scene such as John Oszajca, Tunecore, Jango radio, Reverbnation, and Indie Bible. Here are my current 10 Commandments to reach the goal: Getting Known and Being Paid through the Internet. 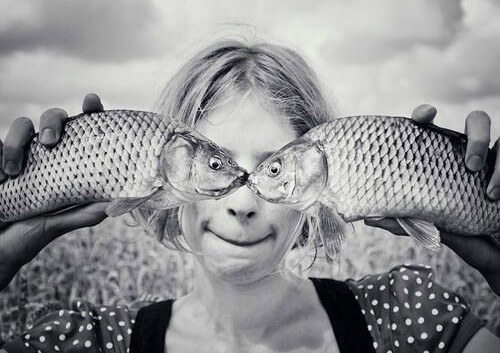 Create your band image and do all your bio, design and photos to emphasize that. Be consistent. As Vanessa Carlton said, “Be Not Nobody.” Not everyone will like you, will they. Let them go… But some will love you! So be what you are, and do it HARD!

Remember, the only way a journalist is going to want to do a story on you is if you HAVE a story, something unique. So define it and then play it up. And if you have snagged a radio interview, excellent! So have some predefined answers to work from, that cement your image to listeners.

Also, radio stations and record companies/distributors want a press kit. That will include a bio that is well-written and creates a mental image, 8×10 photo(s) and of course your CD with its album art and liner notes. Having all of this ready and shiny creates the image that you are professional and serious. Moreso, that you understand the industry you are entering and you want to help THEM do THEIR job. If they have your well-crafted 8×10 to pull out again later, then they’ll shudder each time (which is good), if you’re an evo death metal band, or if you were a fun-loving and upbeat dance band then look and be reminded “yeah, he was a riot.”

Try to start dialogue with your fans on Twitter and Facebook. Ask them questions, demonstrate care about their lives. The most engaged fan will probably turn around and buy the interactive CD, buy the video boxed set, SHARE you, tell two friends. After all, they discovered you. On Jango internet radio, for example, if someone clicks to become a fan, the site lets you write individually to one fan, or do 2 mass emails a week. Make it personal and grateful, not just pushing your gigs or product. Reward them. Once I wrote some musical suggestions to singer on a big label. She didn’t write back. I would have liked that. I would have thought she was cool.

Speaking of Twitter, if someone follows you, you might want to follow them back. Check them out first of course. I tend not to follow anyone who tweets to their b*ches since that will be reflected on my page. If you follow back they say, hey she’s real, and maybe is even interested in me. You can always unfollow later.

You’re good, youre studio’s good, your recordist is good. But you need to sound equivalent to what’s on the radio. A professional mastering engineer listens all day to new songs, shaving off the annoying peaks, increasing clarity, beefing up the bass, making your songs as loud as the world’s songs. No you don’t want to compromise or flatten your mix, but if each of your songs has the same deficiency, because of your speakers, the mastering engineer will pick it up. It doesn’t mean that anybody sucks. It just means that not all rectangular rooms and not all speakers and amps were created equal.

Commandment VII is probably the core commandment. Websites will help build your fan base. Twitter, Facebook, streaming radio, your videos on Youtube, Blogs. But choose maybe 3 or 4 to which you can commit to a schedule of adding content and interacting, while people’s attention is still intact. One writer commented that 4 times a day is too many tweets and one a month is too few. Have a good mix of promo and being personal with fans.

Yes, they’ll discover you on those public sites, but you need to SQUEEZE them to your PURCHASE page, perhaps to your band’s website. Consider that you got them there and they might lose interest quickly. So tell them “get my new single” or “share my player on your page” so that they’ll come to your money engine and act.

About your own personal band website: I was worried that I had to contact Moneris or somebody to give me credit processing on my page, and a web host that could set me up with adequate band width for viral downloads… and I was intimidated. Enter the WIDGET! No, not the Bruce Lee movie. The widget is enough computer code to paste into your html page so that the selling machine that someone else already created can be placed on your personal page AND handle downloads and payment! My band Max Jam is able to sell MP3s on Reverbnation, Bandcamp, Vibedeck, The Sixtyone, AmazonMP3, iTunes etc. etc.

Now, iTunes does reportedly 80% of internet music sales in the world. So you want to be there. To be there you must pay Tunecore to launch your music, and then they collectively keep 30% of your sales. Enter Vibedeck! They have decided that they will always host for free and will always pass 100%, of sales collected, straight to you through Paypal, without touching any money! When I regained consciousness…

I tried to embed just the player/selling engine on my page. Was only able so far to embed the whole Vibedeck artist page. In the interest of time, I instead embedded just my Reverbnation player (2 inches square) and created a link which opens Vibedeck/Max Jam into my own page’s lower frame when the visitor clicks “Buy MP3.” Here is my temporary website if you want to read the source code.

Napster pioneered free stuff. Unfortunately. Now it’s expected. Yes, do give away a song, but I would do it as a reward for what you need: more fans, more exposure. I personally wouldn’t give away the song that I expect to gross the most money in sales, unless it’s to the hardcore fans that have true respect and have shown loyalty. You share stuff in order to reach more people, to foster gratitude, and once they know how cool you are, to attract them to the paid stuff and concerts. Saying “come and download my single for free” might bring lots of people to your page, so maybe make them earn the single by sharing your link or your player somewhere else.

Also, here’s a sort of Digital Copyright Management that I think I invented: If you’re giving away CDs to strangers, that you made from wave files, you’re basically giving away your master. No, no, no. Only for paying customers. Instead, use iTunes to convert to a 256 or 320 kbps MP3 file, then use iTunes AGAIN to convert that MP3 back to WAVE!! Now you can burn, basically, a 256 quality CD which sounds as good the net, probably quite good, but if they rip it to put it on torrents… ooo… what’s that nasty warbling? I heard of a DJ who lowers his mixes to about -50 dB on his CDs, so people can turn them up to hear them, but not enough to DJ with them! And if you now Normalize that, you’re going to be the proud heir of artifacts from heck.

A music video is like a ribbon on a gift, or value-added packaging. It makes the music sound better than it is. Even if it’s just home-movie of your band playing the song through once, it’s more content to enjoy and to get to know the musicians and build your image (see commandment X). Yes, do a pro video if you can afford it, yes, submit it to MTV. But if you can’t, you can still do a great job with a high-end Nikon or Canon photo camera and a TRIPOD and free software. The critics are saying that even MTV is dying slowly.

When you put it on Youtube, make sure you fill out the tags, and make most of the tags for all of your videos identical, so that all of them come up together. There is another cool idea out there: do a cover and tag it to resemble the original hit singer. This could be your first big exposure on the coattails of someone who has guaranteed traffic.

As for editing programs, I have torn out more hair using Windows Movie Maker, but Cyberlink DVD PowerDirector rocks my world. It has effects, picture in picture, titles, the list goes on.

I think “the cloud” is designed to steal revenue from CD sales and even iTunes. It’s more like “the smokescreen.” Apparently people want it. So you’ll consider putting your music there but: READ THE FINE PRINT. Do they say that they have the right to “copy, distribute, use your music in any medium existing now or in the future, without restriction, in perpetuity?” What do they mean? Is that what you want? You can’t remove it?

Should you click AGREE?? Maybe just not your hit, eh? And do read your options carefully, because you may be able to set your song as preview-only, or hidden except to invitees. This is the case on Soundcloud where technically you could create a private listening room to which you “invite” DJs or A&R reps but no one else can enter. Incidentally, those scary rights paraphrased above are from Soundcloud!

Read the final three commandments (Copyrights, Timetable and Get It In Writing) in the original article at Dotted Music. The article was written by Christopher Dicks, Recording engineer, Producer, Co-writer of Max Jam.

Practice Tips to Perfect Your Potential for Singing Success