This is like baking someone a big, beautiful birthday cake, but leaving out ALL the sugar. It might LOOK great, but that first bite will be pretty disappointing. As a 20-year veteran musician/sound engineer who’s played everywhere around Chicago and run audio for almost every kind of event, here’s some stuff to chew on if you play or sing on stage, ever…

1. Sing LOUD. Mics hear EVERYthing, and the louder you are, the less drums jump through your vocal mic. (AND you’ll be able to get louder, feedback-free monitors). “Whispering” works fine in a studio, where you can hear a pin drop, but NOT onstage, in front of a bashin’ drummer.

2. DON’T “make out” with the mic, unless clarity is your enemy. 1-2 inches away is perfect. Too close, and you get breath noise, dramatic bass-boost. You might think that sounds cool, but once the sound guy adjusts the volume to suit, your voice will almost DISAPPEAR if you so much as move 1 INCH away. That’s just how mics work. Stay a couple of inches away, and your sound will be MUCH smoother, even if you move around a little bit while singing. Get too far away, though, and the sound guy will have trouble turning you up without feedback.

3. DON’T cup your hand over the goddamn mic!!! Aarrrrggghh!! Auuggghh!! You do NOT boost bass by doing that, rapper-metalhead-dude. You boost MIDrange (right about 1000 Hertz – honkhonkhonk), along with your chances for god-awful feedback. And your voice will sound muddy and crappy, unless the soundguy’s not only awesome, but REALLY well-equipped… You wrote your lyrics to be understood, right?

4. BACK OFF the mic about 6 inches (not much more) when you YELL like Satan scorned. Pretend there’s not $1000 worth of “bad-mic-technique-correction” by the soundboard. ‘Cause there probably ain’t. (Practice this with a cheap PA or a powered full-range speaker with a mic input and NO effects or EQ – try to sing dynamically while keeping your tone and volume constant by moving the mic accordingly. You’ll be surprised how much control you have over your sound, just by paying attention to your position relative to the mic.

5. WHISTLING? Cool. Stay in front of the mic, but shoot your “airstream” to the SIDE, not straight into it. The mic will hear the notes, don’t worry – but you won’t get all that “whooshing” from your breath. That sounds lousy.

6. MOUTH HARP? Best case – separate mic. Harmonicas sound NOTHING like most voices. if you have to use the same mic AND the same settings, DON’T press the harp onto the mic grill and blow full steam – keep it a couple of inches away. What sounds great for your voice will blow everyone’s ears if you don’t back it off before blasting that harp.

So by now, you may be thinking, “You’re a guitar player telling me how to sing??” No, I’m a sound guy tell you how to use a mic. Sing any damn way you want, but you should know how a mic works, for your own good.

I’m not gonna pretend to know much about electric guitars and amps – I’m pretty far out of the loop on that stuff, as I’ve been an “acoustic” (hardly) guy for years, but I DO crank up LOTS of distortion, and I do know sound….

1. TURN IT THE F**K DOWN!! For your info – if the amp is pointed at your ankles/your ass, and it sounds loud enough to you, your audience is likely trembling from the pain. Either point that amp at your head or have the sound guy put it in your monitor. I have heard 15-watt amps that could cut through ANY mix. NO 100-watt half-stack should be “cranked” ANYwhere smaller than the Alpine Valley Music Theatre (think Rolling Stones, Aerosmith…)

2. The “MID” knob is not your enemy. It is the sound of guitar. Turning off the mids and cranking the low and high knobs all the way up removes all of your guitar’s strongest tones, rocker boy. Believe me, every sound guy I’ve ever known will attempt to fix that when he hears it. Get a “nice-guitar, nice-amp” combination that allows you to leave your settings at (or sort of near) “0” or “the middle”, and you will have great tone. You want bass? Hire a bass player, or be ready for YEARS of experimenting with expensive equipment and alternate tunings to make that happen on a guitar. It just ain’t designed for that. (Yeah, yeah, I know – I do it – but the “Jackass” crew doesn’t advise people to pound nails into their nuts with hammers, and I can’t advise playing “bass” on a guitar. You wanna know how to do that? Call me. We’ll talk.)

(TECH NOTE – some amplifiers, like older Fenders and Marshalls, have “subtractive” tone and volume knobs, meaning that “10′ equals “0”, or pure tone, unchanged. Changing your “pure” sound means LOWERING a knob down from 10. Be aware of your amp’s functionality before setting it).

3. One more thing – loud as it may sound in your bedroom, “dirty” guitar tone does NOT carry through a mix like clean tone does. Be ready to have your dirty tone a little louder than you think it should be based on what your heard at the practice space. Step into a bigger room, and clean tone wins the “clarity battle” every time. Have someone OFF the stage coach you on dirty/clean volume before the show starts – that way, when you go to “rock out”, you actually WILL.

I could go on and on here, but I’ll stick to the most important stuff. If you play acoustic guitar on stage at ALL, here are a few tips.

If your guitar has no built-in pickup, get one installed, and don’t get one of those sh*tty soundhole pickups. They almost all suck, and the ones that don’t cost too much. Many have VERY low output, AND inherent electrical noise (NO Dean Markley – BAD BAD BAD), and those that don’t just sound like ass. Have a Fishman or LR Baggs pickup installed under the saddle – any good music store has a guy on hand who can do this for about $70 over the purchase price. I like LR Baggs, but Fishman is a good company too. I can really recommend the LR Baggs Dual-Source pickup – it has an interior mic and a pickup together, and allows you to blend them as you wish. These things sound amazing, but the internal mics can be troublesome in live situations – keep them down a bit on stage – they’re feedbacky.

The following tips apply to folks who HAVE pickups in their acoustic guitars, especially those who DON’T own multi-thousand dollar guitars which sound great right out of the box::

1. If you’re going to plug in an acoustic guitar at an open mic or a show, and then ask for a lot of guitar in your monitor, get a molded-rubber soundhole cover. The sonic difference when using a pickup is negligible, and it solves a lot of feedback problems.

2. Soundhole cover or not, chances are (if you’re playing anywhere near Chicago) that the house PA system sucks. So your best bet is to buy a guitar-oriented direct box, like the Fishman and LR Baggs – both are really nice – for about $160-$175.
These have built-in features like feedback notches, EQ’s (fancy tone knob) volume boost, and much more. Really wroth it if you care about your sound at all.

Most folks have no idea why using a direct box matters. Direct boxes are used because most 1/4″ (instrument-style) jack inputs on mixers are designed for line-level, or low-impedance input sources (high-volume), and your guitar puts out a high-impedance signal (low-volume). This means that the mixer will have to be cranked way up to get that guitar loud enough, and this will typically produce poor sonic results. Using a D.I. (direct input) box switches the instrument’s 1/4″ cable to a mic-style XLR cable. This can be plugged into the MIC input of a mixer, which is designed to provide a LOT of good-sounding volume – something your guitar likely requires (unless it’s a “Seagull” brand guitar, which probably means it’s RIDICULOUSLY loud, and can go straight into the mixer 1/4″ input without using a D.I. box).

Using one of the aforementioned EQ/DI’s can allow you a much better “starting point” for your guitar, and once you know how you like it, you can tell the soundguy to set it “flat” – meaning no effect, because you’ve got the sound you want right there on the box. It’s a good feeling… 😀

3. Don’t constantly beat the living crap out of your strings. You bought that nice guitar, let’s hear it. All we can hear when you’re pounding like that is string buzz. I don’t do that, and I have literally NOT broken ONE string since 1996. I kid you not.
Search for Right Rongly at www.YouTube.com, and you’ll see I’m not going too light on the strings, either. I’m just not slaughtering them.

QUICK LITTLE ONSTAGE TIP – if you need to unplug your acoustic guitar, and you can’t get the soundguy’s attention, it’s ALWAYS perfectly safe to unplug the guitar cable from the DIRECT BOX FIRST, then from the guitar. There will be no scary “POP” sound if you unplug in that order.

LASTLY (and this applies to everything, ever) — READ THE DAMN MANUAL!
Really. Your stuff will sound SO much cooler when you know how it works.

Like I said before, I could go on and on and on and on. I have lost several girlfriends over my love of talking about this stuff ad nauseum. If you have questions, email me. If your question is complicated, I’ll give you my number.
Hit me at scottish@rightrongly.com.

Rock on, but pay attention. 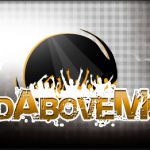 Remember to Love it