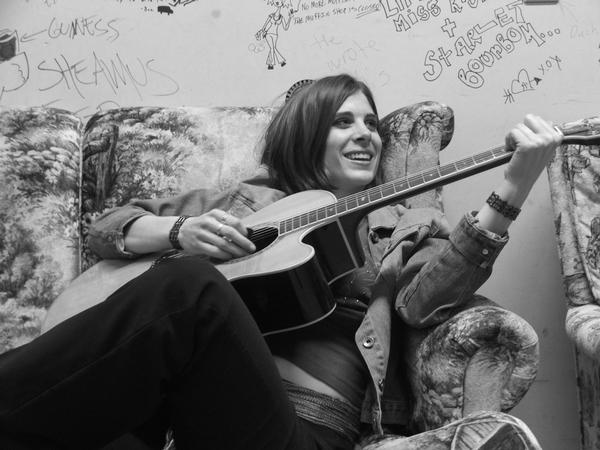 Most successful songwriters I know have some degree of natural talent, but in my experience, the ones who really shine have invested a fair amount into their musical education.  I’ve always been a pretty good student.  I went to college and earned an advanced degree in health care.  Surprisingly, there weren’t any music education courses in that curriculum and unfortunately for me, I discovered I was a rock-star-at-heart shortly after sinking tens of thousands of dollars into higher education. I picked up the guitar & started writing songs obsessively pretty much right after I graduated from P.T. School and I started playing out a year or so after that, but of course, I still held down that day job.  Who needs sleep, right?

I quickly found myself frustrated with my songwriting so I sought out opportunities to learn more.  As stupid as this sounds, I think all my years of college made me a LAZY learner basically if I didn’t sit my ass down in front of someone who was spoon feeding me information, I couldn’t learn. When I was working my real job (as friends & family like to call it….we’ll save that discussion for another article), I had the cash to sink into attending songwriting classes, going to conferences, etc. Ah, the good life….right?  Well, to be honest, I could never give 100% of myself to that day job because my head was always writing a song, my hands were always aching for my guitar & heart was breaking that I wasn’t chasing that crazy rock star dream.Â  It only took me 8 yrs and a mini-mental breakdown to work up the courage, but I finally took the plunge into being a full time songwriter.

It was a pretty rude awakening for me when the day-job cash flow ceased.Â  I actually thought it would be wise for me to take an online Publishing course through Berklee school of music shortly after giving up my bi-monthly paychecks.  Now, I’m not saying that it wasn’t a great course, but I realized afterward that I’d basically paid someone $1000 to force me to read a frickin’ text book.Â  How dumb can a smart girl be??

So I bought a bunch of used books off Amazon.com that were put out by Berklee and I found a friend that was interested in reading them. We agreed to meet roughly every 2 weeks to discuss what we’d learned.  So instead of paying Berklee $1000, I bought a few used books off amazon.com

for around $40 and learned the same damn thing.  I never was very good at math, but that sure seemed like a better deal to me 🙂

So maybe you’re already as smart as you need to be when it comes to music & music business, or maybe you’ve got those funds to keep taking expensive classes, but if you’re looking to get smarter on the cheap, I hope this helps.Â  If you’d like a comprehensive list of my books, feel free to shoot me an email. Rock on, my friends.

6 Steps to Songwriting Success: The Comprehensive Guide to Writing and Marketing Hit Songs by Jason Blume

101 Songwriting Wrongs & How to Right Them by Pat & Pete Luboff

I Donâ€™t Mean to Be Rude, Butâ€¦ by Simon Cowell

The Craft & Business of Songwriting: A Practical Guide to Creating and Marketing Artistically and Commercially Successful Songs by John Braheny

Guitar for Dummies by Mark Phillips and Jon Chappell

If You Want to Write by Brenda Uleand

The Contemporary Singer by Anne Peckham

Recommendations by: Head Above Music

Be Real, Be Honest, and Make Music Your Life