As Joe Hertler & The Rainbow Seekers make their way to Denver, Colorado to play the Walnut Room on Saturday, Sept 10th I noticed more and more press about their arrival on websites, posters, local magazines and social media. So I wrote him and asked him a few questions about their publicist, promotions and influences. But first… THE BIO 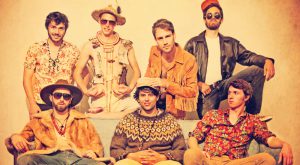 “Joe Hertler & The Rainbow Seekers will make a sprightly young groove doctor out of anyone. With spectacular energy pulsating from every member of the band, the Rainbow Seekers could illuminate the very chambers of Heaven. Lead singer Joe Hertler splashes through lyrical puddles of golden rain, leaving his audience wearing flowery crowns and bubbling smiles. A ride on the Rainbow will take you across the mountains of Motown, through the fjords of folk, over the archipelagos of Americana, and-at last-into a funky firth, where only the fiercest of friendships can be found.

The Rainbow Seekers began their quest beneath the fingertips of songwriter Joe Hertler. Bassist and producer Kevin Pritchard, recently thawed from an extremely rare prehistoric groove glacier, discovered the forlorn Hertler in a twinkling, mysteriously fortuitous place called The Quilted Attic. Alongside legendary glacier-hunter Rick Hale-who would later spend decades forging a drum set from pure, white-hot, ancient stardust to mark the occasion-Pritchard changed the world: He wrangled Hertler into musical collaboration. And the lonely little songsmith, it turned out, was not quite as alone as he seemed: With him came the irresistibly sexy blues guitar prodigy who is now known to the world as Ryan Hoger.

The core of the Rainbow was thereby established, and it didn’t take long for the Rainbow Seekers to continue their expansion. Multi-instrumentalist and notable auxiliary percussion maestro Micah Bracken journeyed from the bowels of Atlantis when he heard tell of the Rainbow, and the earth trembled as saxophonist and all-around bad ass Aaron Stinson descended from Olympus on a golden rainbow of his own. Then came Stinson’s little-known winged companion from the Far East, the debonair violist Joshua Barber Holcomb-When he saw the pure, unadulterated joy the Rainbow Seekers sprinkled on every crowd they happened upon, he had no choice but to join them on their quest.

As you’ll know if you’ve seen the band, seeking the proverbial Rainbow is all about the live performance. “The live show is the purpose of the band. This is why we make music. Playing music is a symbiotic process, and without a crowd it is just a bunch of guys jamming,” says Hertler. “We believe that performance is not a High Art operation, and that you should do anything you can to ensure that the crowd is having a good time. From piñatas to confetti, to fog, to flowers, to drum solos, to strobe lights, to Thor, to sword battles-literally anything goes.”

If you’re still reading this, at least one thing is true: The Rainbow Seekers have been waiting for you. If you’ll only let them, they will shake the dust from your wildest expectations. They will roar into your life with rapturous frequencies, exuberant tone, and a joyfulness of purpose that has truly become a rare sight on stage. Join them in their celebration, and they will take you on a never-ending journey to a place you’ll never be able to describe in words.” 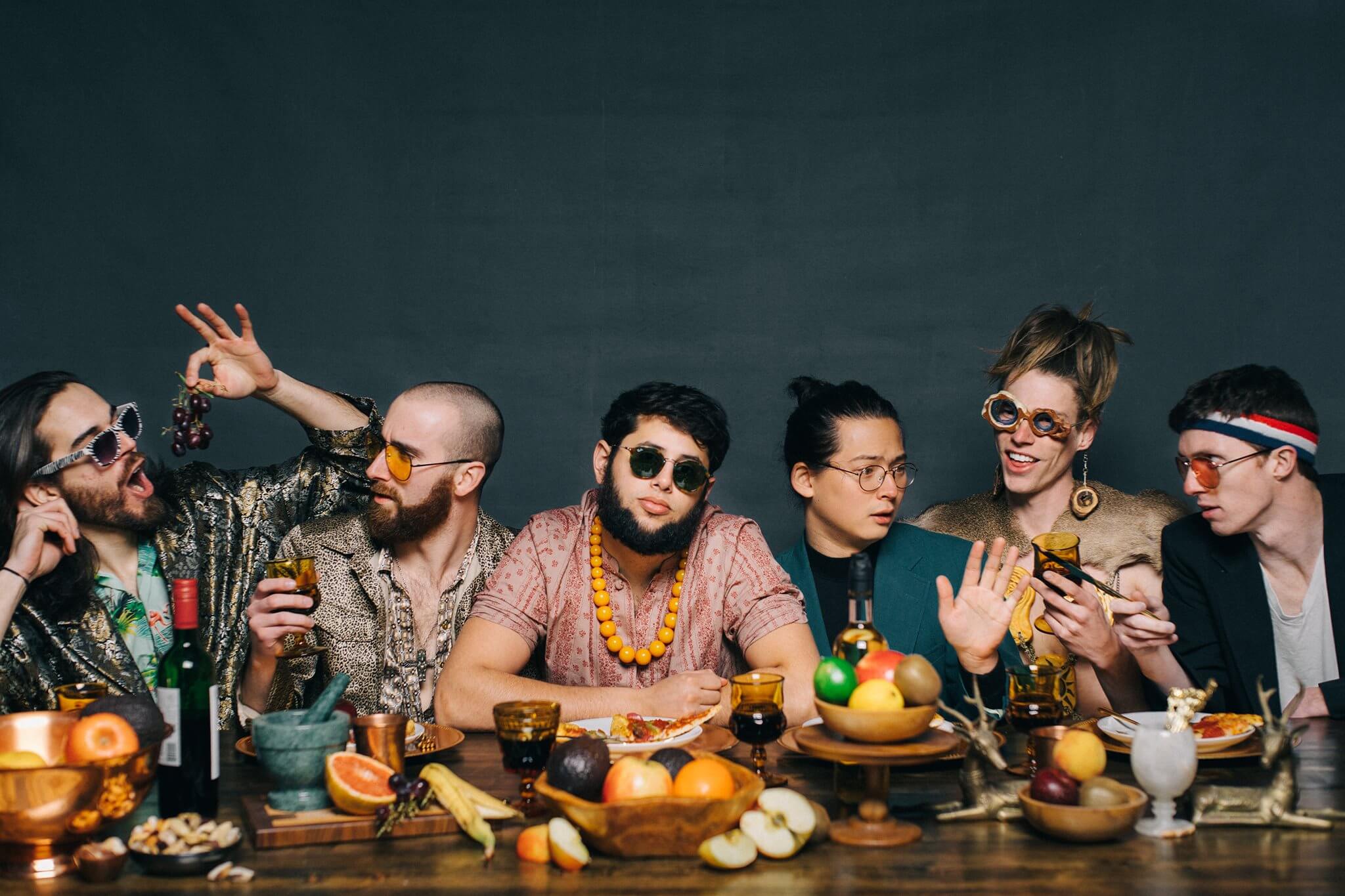 From the looks of it Joe, you found a fantastic publicist. What would you tell other musicians to look for in a a publicist?

To be blunt, find someone who likes your music; someone who believes in what you are doing. It’s easy for a publicist to charge a small band a lot money and not really do anything. Make sure they dig your tunes, fit your style, and want to be a part of what you’re doing.

How did the band promote shows before the publicist joined the team?

There are a million ways to promote a tour, but hands-down, the most effective way to promote as a small touring band is to identify which fans and friends live in or near the city that you’re playing in – and then send them a direct message through social media. I have never been very comfortable with promotion – and always felt conflicted about promoting this way. But it seriously works. Your fans are stoked to get a personal message from you and your friends are stoked to be hearing from you. Doing this an hour or two a week before the show is the difference between 10 people or 100 people showing up. That difference is huge during those early tours. We still promote our bigger shows this way, with or without a publicist.

You have a large crew on stage. What else do you guys do as a team to promote shows?

There’s (of course) social media, promoted posts, ect… For the bigger shows on tour, reach out to local photographers. It’s always great to have some follow up media to post the day after. Honestly, though, the best promotion  is to simply play a great, memorable show regardless of how many people are there. Play a great show and there will be more people in attendance on the next pass.

Who are you listening to these days that inspire you?

Super into Anderson Paak and Jason Isbell right now. Two totally fantastic songwriters with top notch musicianship to back it up. I got to see Jason at Bonnaroo and Summercamp this summer – one of the most real performances I have seen in a long time.

For more Joe Hertler and The Rainbow Seekers check out :

http://joehertler.com/
Listen to them HERE on iTunes
Reach them on Social Media HERE
Free Download from Joe

How To Easily Get A Lot More Music...