In the Recording Studio

In the Recording Studio: Getting the Professional “Gloss”
by Cary Kanno 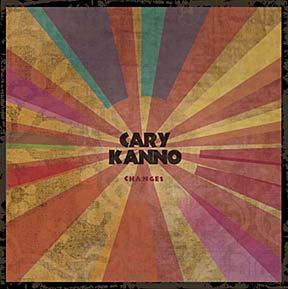 Let me begin by saying that I have 11 records under my belt…. 3 solo records, 3 with each of my 2 bands, and 2 compilation albums that I put together.  I’m not saying this to brag.  In fact if you heard some of the earlier records you might just cringe.  I say this to illustrate that I have been in all kinds of recording situations, from dingy basement studios to high end live rooms with analog SSL boards.

Throughout my recording experiences I was in constant search of what I referred to as the professional “gloss” in albums.  It’s that intangible sheen on a recording that made it sound so very polished and radio ready.  It’s a sound that tells you this record was made by professionals and not by “do-it-yourself” musicians.  I think most musicians know what this sounds like.  In fact if we were to randomly listen to samples from bands I would say that most of us can tell when it was mixed, engineered, and produced by the musicians themselves, or an experienced professional.  Unfortunately I think it’s rare that smaller bands are able to achieve this polish on record.

I used to think it was one special trick to obtaining this sound… it was in the mastering, it was the mixing, it’s the compression on the vocals, it’s the super expensive vocal mic, it’s the analog effects, analog tape, it’s the musicianship, it’s the overdubs.  In one failed attempt to achieve this gloss, my band went into an expensive studio and paid $100/ hour for 30 hours.  We recorded in a beautiful live room on a huge board with a professional engineer, super expensive mics, and effects.  Yet the results were disappointing and we were nowhere near the professional recording I thought we were going make.

Over the years as I have made these records what I have come to learn is that it’s not just one thing.  It’s a culmination of many factors.  No one thing can give your album that professional quality.  The only way you can obtain it is experience in the studio…. not just in the tracking, but everything from start to finish.  This includes writing a great song, arranging it for recording, knowing how to mic an instrument properly, getting the cleanest signal possible, tasteful multitracking and overdubs, the mixing, the mastering, and of course the musicianship.  It’s almost as if each of these elements will increase the quality of your final product by 1 unit.  By the end, if you do everything properly you will have final recording that is 20 units better than what you could have had.

My band’s earlier mistake was to think that if you throw a bunch of money at it, you’ll end up with a great product.  My latest solo record was recorded primarily at my home studio, in a decent sounding room, with decent monitors, decent mics, decent pre-amps.  There is nothing special as far as equipment (although I did record the drums in a high end studio). However, the sound is as close to the high end gloss that I have ever achieved.  It was accomplished through thoroughness, hours of mixing, and knowledge of how to get a certain sound.  By no means is it perfect, or even close to it; however it’s leagues above my bands aforementioned record.

So my advice to those who don’t have a ton of experience in the studio is to hook up with someone who does.  If you know a musician who has a great recorded sound, ask if you can sit in on a session.  Ask for tips.  Most of all, keep recording, experimenting, and seeking out the knowledge to help you better your music.

Here is a free MP3….
http://www.carykanno.com/mp3s/changes/01WeDontHaveToChange.mp3