I had the pleasure of meeting and hearing Brent Brown for the first time at a recent Navy Pier gig in Chicago. Prior to the show I checked out his music and a new podcast he started. I told him how much I enjoyed it and asked him what made him want to do a Podcast. “I’ve always enjoyed listening to podcasts and thought I’ll just start one and decided to do it. That’s how I started my first record. I wanted to make a record, so without knowing “where” to start, I could at least decide “when”.
I’ve heard the saying from countless people, “A year from now you wish you would have started today”. Brent Brown doesn’t have to wish for that. His music, his art and his latest podcast starts “today”. 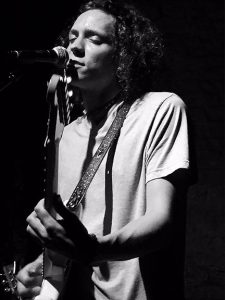 About Brent Brown: As one of the most prominent up and coming artists from Chicago, Brent Brown pours everything into his music. It is his passion in life and a way for him to spread positivity into the world around him. Brent’s music is influenced by some of his favorite artists including the Beatles, Bob Marley, Jimi Hendrix, Jack Johnson and Otis Redding. He is a versatile musician who sings, plays guitar, bass, drums and dabbles on the keys. Originally from Naperville, IL he is an accomplished producer with seven self-produced albums to his name.
Brent, what made you want to start your own podcast?
I wanted to start the podcast because I’ve always wanted to be on a podcast. It just seemed so fun and I enjoy listening to them. I also thoroughly enjoy speaking with interesting and talented people. This is one of the best reasons to get together with busy creatives. Outside of the marketing benefits, really just think it’s a blast.
You can check out his podcast HERE
How did you get started writing songs?
I got started as a brick viciously batting about the cosmic dryer until my soul busted into existence. Have lucid dreamed since I can remember. Wasn’t until I started playing guitar at the beginning of my Sr year in high school that I felt the first genuine sensation of purpose singing words I had written to folks. I wrote so many songs about so many things I’ll never remember, but put simply I was addicted immediately.  It filled up a giant void.
You compared starting your new podcast to making your first album when we spoke at Navy Pier. Can you explain a little more about that process?
Making my first album was a lot like starting my latest podcast in the sense that I still have no idea what I’m doing with anything, nor do I believe any one else when they say they do. But the reward is clearly more in the experience than in the result. Very easy to start new things that I want to do, because it’s just freaking rewarding doing exactly what you want to do regardless of what anyone says.
What are your marketing and booking strategies for your shows?
Without being cliche and telling everyone what they already know.. Call, email, be professional. The most important thing I’ve done is just constantly strive to be better. I’ve had to roll my initial snow ball, but now I don’t ask for shows anymore because there is a definite demand for music once you consistently put on a great show. I keep a gig calendar on my website so peeps can always look where I’m playing. Definitely social media advertising and engagement is always there. Videos when I feel like making them. Covers are a great way to build engagement. I just treat each cover like I wrote it.
Who do you use for digital distribution and why did you pick them?
I use CD Baby because it seemed to be the best option in 2007 when I started. Great customer service and I never had enough incentive to changed platforms. I also use there disc duplication and it’s great. 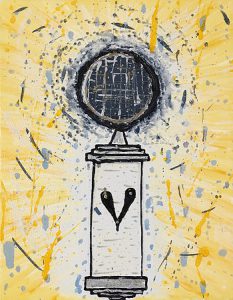 You can see that you have a lot going on these days. From a heavy gig schedule to YouTube videos, paintings and now your podcast. What inspires your drive?
My drive is summed up in a quote I wrote. I’m also totally the type that quotes himself. I only quote myself cause I wanted to be quoted, like I wanted to be on a podcast, like I wanted to write music.
“Be grateful for the people who make things that don’t need to be made, in a life that doesn’t need to be lived.”
Who are you listening to know that inspires you?
The most recent favorite new albums that have came out are ‘I Love You Honey Bear‘ by Father John Misty, ‘Radius‘ Allen Stone, and I I just heard the 2012 release of ‘The End of That‘ by Plants and Animals.
I know a lot of what we’ve discussed focuses on moving forward and starting today. However, I’m curious as to what you would tell yourself two years ago if you knew what you know now about where your creative endeavours have taken you.
Even when I’ve messed up or hated myself; my pain, struggle, and happiness were all captured in my music in a nice  spectrum. If I could go back 2 years and tell my self something as a songwriter and musician, I would say that you’re on the right track and you’ll be happier in 2 years. Probably give a standard keep up the hard work and thanks for what you’re doing right now. I don’t know if I would hug myself or not, but if time travel permits I guess i would.
Any new music coming out?
There will be a stripped down acoustic EP coming out this winter as something different from my last 6 full instrumental albums. Getting inquires for new podcasters, so I’m pretty excited about future guests. Also looking forward to traveling to Colorado soon to visit my sister, some friends, and hopefully play a show!
www.brentbrownmusic.com