written by Head Above Music February 7, 2010 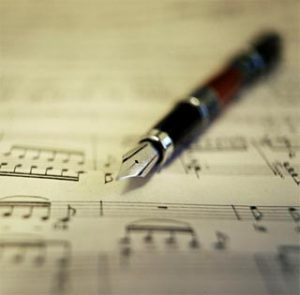 Hey all, this is Tom Colohue. This is a revision of something I wrote a year ago, when I was far from talented as a writer. I’m quite looking forward to doing this purely on the basis of hopefully seeing just how far I might have advanced since this was first written. So, for your own perusal, this is Writing Tips.

In this installment, we’re going to be looking at the most basic aspects of writing. I’m not going to be putting too much focus into writing poetry or lyrics, but there will be some extra attention paid to those because of the flow that verse provides. Becoming comfortable with your own preferred areas and talents is important, but you have to write in order to become aware of just what you’re capable of offering yourself and others.

Ideally, you can use this as you will. If you want to pay extra attention to writing lyrics then don’t be trying to make your words match the music, especially if you don’t even have music written down yet. If you want to be writing poetry then pay special attention to learning about poetic license. If you just want to write short stories or fantastic tales, take what you will from this and ignore what doesn’t seem to work out for you. It’s all up to you.

Not everybody is particularly talented at writing music. While some people find it incredibly difficult others find it easier than anything else. Everybody has specific skills that are worth nurturing in order to gain as much from them as possible. You don’t have to want to be a writer, a poet or a musician. All that you need is a sense of drive with which you might work towards honing your current skills and developing whatever is available to you already.

So, with that we shall move forwards into the actual content that is the meat of our writing sandwich. Let’s get started, shall we?

I’m just going to be laying out something of a list of points here. Using these, it’s up to you to do what you will with the present information. All of these come from almost fifteen years of writing experience myself. I started writing fifteen years ago, started with poetry five years ago and started writing music, which will be covered in later pieces, and lyrics about three years ago when I was gifted with my guitar. Whether you’ve never written a song before or you have written a platinum selling album and sixteen novels, I hope this helps.

Point One: Carry A Notepad

Whether poet, author or songwriter the golden rule of writing is to carry a notepad with you wherever you go. This works best when accompanied by some sort of writing implement. Random lyrics and riffs will pop into your head at random times and by the time you get home to write them out they’ll be gone. A notepad means you can note your idea down straight away and look back at it whenever you wish. This means you can also continue it whenever you wish.

You will find that a lot of pages end up jumping out at you as you scroll through the pages at some later date. Lyrics will remind you of themselves, while also encouraging you to slip them into other songs in some way or another. Bits of characters or general characteristics will find other ways to fit in with whatever you’ve discovered.

Also, life itself will always find something to throw at you. A friend will say something that sounds nicely profound, so you can just note it down for later use or cannibalization. You’ll find slogans and jingles that, when mixed up and thrown together, offer you brand new ideas and possibilities. All songs, poems and stories are a simple collection of words. What sets them apart is the unique style in which you throw things together. A notepad will always make for a perfect sounding board. Throw two words together and see how they work out on paper. Throw a few lines together there and then read then out loud and see how they sound to you.

This is one of those things that is so integral just because it makes things that much easier overall. It frees you from that agonising period when you’re trying to work out something awesome that you’ve worked out a few hours previous but simply can not put together correctly now. As a writer, this is likely one of the single most annoying things in the world because you know just how good it was, you just can’t recall it to get it down on paper and into a word processor.

No song holds more emotion or meaning than one written about something that really happened. The simple reason behind this is because of the descriptive elements. You can never describe a false reality to even a minor percentage of the ability in which you would be able to describe a memory, particularly a fresh one. Dreams hold the same sort of enchantment. Concentrate on the details of what you see and how you feel because those will undoubtedly make things as interesting for other people as it did for you.

There are a lot of examples of this in both modern music and less modern music. Apart from the killer riff Deep Purple’s ‘Smoke On The Water’ was so popular because it told the story of an actual event. There are a million songs about break ups and relationships in general. People want to find something that they can relate to, and everybody can relate to real life, relationships especially.

It’s not about making something that’s commercially available for absolutely everybody. That’s never the point, no matter what it is that you’re writing. However, being honest with yourself and writing about what you want to write about is never selling out, despite how much people will tell you so if you write about something like relationships. If you experience a break up and get the urge to write a song about it, then do it. A lot of people might be able to write songs about them, but not yours. Things that happen to you can only be told from your perspective by you.

As a writer, any sort of reading is research, and research is very important. Your vocabulary is your greatest weapon. There are literally millions of words in the english language, all of which express a different meaning. The bigger the word the more it means and the more it alludes to. That doesn’t mean it’s better, but it does mean that it says much more. Reading a book or newspaper and considering the content can also be a great way to pick up ideas. You can learn about how things flow and how some words work well together and some do not.

Research as well is very important. Allusions and illusions can be created through the knowledge that can be gleaned. In songs, a recurring theme can be set up through researching a direction that you’re aiming for. When it comes to music, listening to the genres and songs that you want to mimic is research. You’re learning the moves, the typical phrases with the most impact and how words can affect people like yourself.

Research also puts background into your work. If you’re trying to write a concept album then you need your work to allude both backwards and forwards to the other tracks in order to keep things encompassed and united. If you’re trying to write something fantasy relative then you can learn a lot by researching mythology and philosophy and then using it as you go. Reading other works of fiction, fact and opinionated ‘fact’ can show you a world of options that simply did not become clear to you when you first started. Over time, this might flavour what you are working on.

Part Two of the Writing Tips by Tom Colohue will be posted next week.

Tom Colohue is a fiction writer and music instructor from Blackpool, England. Though his main works are in the realms of fantasy, he also writes modern fiction for multiple websites, as well as theoretical and practical music lessons for magazines.

Promoting on the Internet