Home Health The Music Biz : Five Important Tips for Staying Sane and in the Game
HealthMusic

The Music Biz : Five Important Tips for Staying Sane and in the Game

The Music Biz : Five Important Tips for Staying Sane and in the Game 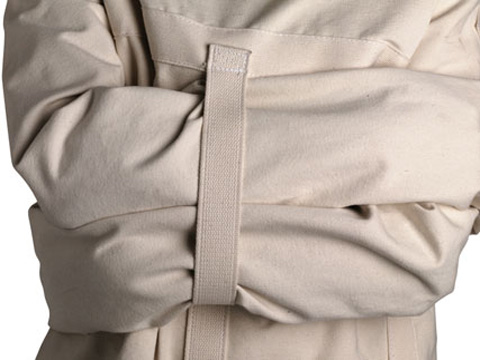 Be honest. Not just to others, but to yourself. Be introspective. Don’t let people blow smoke up your ass and get swelled with it and don’t let the critics bog you down…be dead on honest with what caliber you are in the food chain and live with it or up your game, but don’t BS yourself. Make side-by-side comparisons to professionally recorded and well-crafted songs and honestly try to figure out the difference. VIDEO RECORD your shows and observe what you really look like, not what you think you look like. I’ll never forget the time we had a temp GTR player who tried to do some kind of Van Halen ‘back to back buddy’ poses with me on stage when I wasn’t looking…He thought it was cool, I thought he was just bumping into me by accident…The videotape revealed the painful truth;)

Study. Being in the music biz is a college education that never ends. The more you know, the better off you are. Read trade magazines, tech manuals, industry how to guides, blogs and websites written by industry professionals, join groups, listen, ask questions. While some people outside the music industry look down on it as if it were some lesser occupation where all you do is party and throw your ego around, the fact remains that it is one of the most technologically sophisticated, contract law complicated occupations you can choose. Long gone are the days when “have guitar – will travel” is enough, and whether you get it from  formal training or personal study, practice and application, you need music, marketing, business and technology education to be a successful professional musician in the 21st century. The education you get on the mean streets of the biz is not in any way less valid and empowering than any college training.

Don’t be a Dick! Yeah, I know, sometimes you gotta make sure you are not being stepped on or jagged around, BUT for your own sake, try not to jump to a hostile position over every little thing. Choose your battles wisely. Be polite and professional. Don’t do business then you are tanked up. Yeah, I know this all sounds so obvious. But if it is so self-evident, then why are there so many dicks out there? No matter who you think you are in your own little Rock’n’Roll star Universe, you are nobody to someone; someone who might actually (if not now) be someone who might be able to help you one day…till they remember you were the incredible knob-shine who gave them trouble ‘back when’.      Don’t be phony nice; just be level headed, polite, and real. Not everyone will like you, and you may encounter some real dicks along the way, but you will generally be miles ahead if you can keep your cool.

On health…health is King! On Smoking Cigarettes – If you are a singer…stop it, STOP IT RIGHT NOW! Take up a discipline like Yoga or Tai Chi to integrate your mind and body. If you want to survive this biz you better be strong, healthy and well grounded. That doesn’t mean you have to turn into a total tea totler, but being wasted all the time is simply not a good ‘career move’ or health choice if you want to make it long enough to get your royalty checks.

Bring a “Can do” positive attitude to the table. Find the best qualities in things and work to improve from that perspective. A lot of times it’s easy for artists to sit around and dis on other artists for all sorts of perceived shortcomings or for “selling out”…but if one of the more ‘famous’ successful acts suddenly asked you to tour with them, 9 out of 10 artists would make an about face if they thought it would further their career. Only trouble is, if someone has spent more time griping about other acts than developing their own, and developing positive networks amongst artists AND other professionals in the biz, it’ s not too likely they would ever get that chance offered them in the first place. NO ONE LIKES A SOUR ATTITUDE! PERIOD!

Hope those are helpful. Mindset and approach are half the battle.

Can’t do without on the road: Tai Chi

T. Reed and his team of colleagues specializing in film and video, produced music videos that appeared on the same (U.S.) VJ reels with Nine Inch Nails and Nitzer Ebb.

Morpheus Sister was disbanded in 2000 to provide the time to pursue production and composing opportunities.

You can see the last video created for Morpheus Sister here:video excerpt @

Currently T.Reed has added writing screenplays and short stories to his agenda as well as writing the for the Nightmare Sound Laboratory Blog which covers topics of music, cinema, the entertainment industry, horror/sci-fi, robots, monsters, experimental music and

The Death of the Bridge

HOW MUCH DO MUSIC ARTISTS EARN ONLINE?