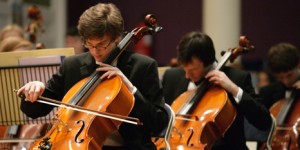 In my previous article I discussed my experience in high school and some difficulties I encountered regarding today’s pressure on students to pick a major but lack of encouragement when said major is in the arts.  I also gave some pointers that would have helped me and that I hoped helped readers.  In this part of my Not-So-Liberal-Arts series, I will do more of the same, but focus on selecting a college by location and opportunity, the next step towards a successful arts venture.

Perhaps the most important and difficult decision you must make is how far you’ll go from home for your degree program.  For me, a person who was going straight from high school into college, it was clear I couldn’t just jump across the country like it was nothing when I’d never lived anywhere but home.  Luckily, I was honest with myself and knew that this would be my first time living on my own, getting around on my own, and getting a sense of who I was when I was on my own, so I put the kibosh on anything requiring plane travel (I’m terrified of planes in the first place; I call them buses with wings) and was not about to make my first flight be to a strange city I knew nothing of, trying to get off the plane alone at the other end without needing paramedics on standby.

This narrowed it down to car travel and I decided I’d stay in my home state of Nebraska or consider the closest neighboring states (South Dakota, Iowa, or Kansas).  In short order Kansas was ruled out and so were the other states, unless it was a matter of hopping over the Missouri River.  I am very close to my family (and pets) and knew I wanted the freedom to hop in my Chevy and go home at a moment’s notice should I need it (which I often did).  I don’t regret for a second that I made this decision.  I gained independence in a number of ways while keeping within a certain realm of the familiar that gave me comfort and the added benefit of the courage to take chances.  To put it in another way, it was this comfort zone that emboldened me to go out of my comfort zone.  Soon I’d be doing things I’d never done before and feeling empowered.

I say all this to give you an idea of the appropriate thought process to narrow things down.  It would be no different if, instead of looking for a school, you were looking for a music career.  Where you go really can determine where you’ll go.  In other words, your success or lack thereof is dependent upon finding a place that nourishes what makes you you. If you know you’d never want to live somewhere, have no interest in the distance involved, and don’t feel a good “fit” with the local music scene, forcing yourself to go may only cause frustration that shuts you down mentally and artistically, even discouraging you from your path altogether.  (How many people drop everything to fly to New York to “make it big” and find a city packed with people who have the same dreams and not enough jobs to go around?  Yes, it’s the home of Radio City Music Hall, Broadway, Carnegie, TV networks and radio mega-stations, to name a few, but life isn’t a movie and even people with advanced degrees and tons of experience get told they’re not wanted by schools, theaters, media outlets, local gigs, you name it, simply because they’re one of thousands of ants trying to nab the same cube of sugar.)

On the flip side, don’t assume that going to the middle of nowhere is going to help you either.  Yes, there are thousands of cities and small towns dying for artists for churches, schools, live gigs, local entertainment, community theaters, and more, but being wanted doesn’t equal making a living.  No-name towns don’t exactly do a lot to improve your resume, no matter how many versions of Grease you were in.  Picking a college with an art scene on life support is bound to put your potential there as well.

Try to find an artist-friendly community with colleges that have frequent musical productions, recitals, and involvement in the local scene.  Knowing that your school and its surrounding towns support the arts and work together to give artists opportunities is always a good thing.  You can gain experience, exposure, knowledge, and a perspective on what forms of music performance you enjoy.  Having the ability to do opera, musicals, recitals, coffee house gigs, concerts, accompaniment, and more enables you to narrow your focus.  Perhaps you love musical theater due to the live performance aspect, elaborate sets, and instant audience feedback.  This shows your interest in having direction, working with a group, having others in charge of stage issues/sound/lights, and a comfort with literally being in the spotlight.  Perhaps the long hours, repetition, stage fright, cast interaction, and being under a director’s command cause you to be irritated, anxious, or uncomfortable.  If you never get the opportunities to try various forms of music in the location in which you live, you’ll never get the chance to find out early in your education what to focus on class-wise and what to avoid.  Again, it comes down to your talents, goals, and future potential.  If you’re going to shell out enough per year in college to have gotten four new cars by graduation (at least), you ought to know you’re getting that money to work for you and your future endeavors.

In my case, I didn’t pick well in many aspects.  This hasn’t shut down my plans, but the life I thought I’d have now isn’t the one I’m living.  The small towns, lack of aid from my schools towards helping me find work, extremely limited connection to jobs in the field, and relative isolation didn’t do anything to help me along.  While I don’t regret my decisions, I have learned from them and do realize that having gone to a university with multiple recital halls and theaters on campus, regular national tours coming through, artists-in-residence on campus, connection to local and nationwide theater companies, performing artists, and recording studios, along with the city life providing constant opportunity for performance and listening experiences would have put me leaps ahead in a number of ways.

For more, please see my previous article and upcoming articles in the series.

How To Play Guitar Fast