Home Marketing No Such Thing as a Face For Radio
MarketingMusic

No Such Thing as a Face For Radio

No Such Thing as a Face For Radio
by Jefferson Montoya 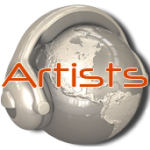 There was a time when a musician could remain unseen and still promote their sound. The music spoke for, and sold, itself. That was the time of radio and it was long before the time of the internet. Now, as things stand, there is no place to hide and all instances of public relations are visual. Simply put, if you are going to be on the radio you’d better look like you are going to be on T.V.

Do you know of a single radio station that does not have a website? No, you don’t. There are none. So, here it is for the people who just don’t get it. . . you are going to be seen.

Every show on xradio.biz, a radio station that broadcasts on the internet, has live interviews with musicians and other industry professionals. Every guest has a number of photos taken that are posted, at the station’s will, to the station’s website. This isn’t just because xradio is internet based. Like almost every other radio station, xradio.biz is attempting to give the listeners all the connections they can to the artists they promote and interview. DJ’s, likewise, have a desire to promote themselves along side musicians that they meet at the station. So, one interview is likely to put at least one photo of you and your band on two websites. And that’s not even to mention that you should be putting photos from such events on your own website.

Websites aren’t the only places that radio interview images will be used. Stations often publish various print materials for their self-promotion. Generally this will include a few photos, labeled, of artists the station has experienced. There are two ways the photos for such materials are chosen, in most cases. The first is to select the most popular band, of course, and the second is to choose the best looking photo. This is free advertisement for you! Why wouldn’t you want to have a shot at being that band? The stations have their own listener base and are spending their own money to print and distribute the promotional materials. It’s the best of all worlds.

It’s more than just the permanent images that can be displayed by print and screen that affect your band’s image. It’s the people who will meet you at the studio. Only the smallest radio stations allow you to walk in and go straight to the DJ that will be interviewing you. In most cases you will meet a staff producer or receptionist who will ask you to fill out some forms. You will likely be asked to post with various members of the station staff. These photos are always up close and personal. You can’t stink! If your look is a sorta grungy-I-don’t-care vibe that’s fine. But you still have to be clean! You also have to have a good attitude, smiles and energy because these people are forming an image of you that is more than your sound or your clothes. When the station wants to have an event with a band, when the staff is asked to suggest a favorite memory of a guest, whenever anyone asks about a band/musician that has visited, you want the positive conversation to revolve around you.

Many interviews happen in the morning hours. This is mostly to target listeners when they can focus most on what is being said. They are on their morning commute or are listening from their office. This is a drag for any working band. You stay up all night driving to the next show or you stay up all night playing the gig then you have to be in bright and early. What’s the best way to deal with it? Get up earlier. WHAT? Yeah. Get up earlier, shower have some coffee, eat some breakfast and go to your interview in a mood that you normally don’t get to for hours after you’ve been awake. After all, you can go back to sleep when you get off the air.

Don’t bring extra individuals to the interview. First off, studios are small spaces. If you bring too many people in it is going to create discomfort. Fans, friends and others shouldn’t even be left outside the broadcasting studio with radio staff unless you are POSITIVE they will be a good reflection on your band. Bring only the people you are sure will represent you and your music in a manner similar to how you would do it yourself.

Lastly, just a quick word about your image during phone interviews. Nobody will see you during those interviews and it is about as close to pre-internet radio promotions as you are going to get. But, as with early morning interviews, you’ve really got to make a point of getting ready early. If it is an early interview make sure that you have warmed up your voice. Get the sleep out of your brain and throat so that you can push a little extra energy through the phone. Make sure also that there is as little background noise as possible. If you are on the road and can pull over, do so. Avoid extraneous noises like rustling of paper or moving chairs about.  And, whether it is in-studio or remote, TURN YOUR RINGERS OFF!

Radio is still a great stage and that leaves you with one option, perform! Show your best face even when you think nobody will see it and you will get the most out of your radio minutes.

Jefferson Montoya is an award-winning singer/songwriter and the host of The Rock Show with Jefferson Montoya weekday mornings from 8 a.m. to 10 a.m. (pst) on www.xradio.biz. Jefferson lives in Las Vegas. www.jeffersonm.com

My Songs, My Recording Process