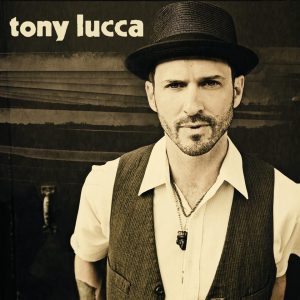 Have you heard of Tony Lucca?  Great guitar, songs and one hell of a singer. Maybe you know of him from season two of The Voice. He was runner up. Or maybe you know him from as far back as the Mickey Mouse Club. Currently living in Nashville, TN, Tony’s career as a singer songwriter, artist, producer and entertainer is stronger than ever. He has shared the stage with the likes of Maroon 5, Kelly Clarkson and Sara Bareilles to name a few.

We were able to ask Tony a few questions about his upcoming Homevibe Presents show in Denver, CO and get some detailed insights about success, online exposure, studio time and how he makes a difference in the world with an organization called MILE.

Tony, with a career that has continued to grow over the last 20 years, how do you define success?

I’d say success is being able to strike that balance between inspiration and contentment. Staying hungry because it brings you joy not because you’re actually starving.

Patreon is a platform that allows fans to support their favorite artists by funding monthly or creative subscription model. How did Patreon change your creative process?

It humbled me, honestly. it opened me up to what my true strengths actually are. It showed me gratitude on a daily bases. it also allowed me to simplify my approach a bit and just relax, take inspiration as it comes. granted I suppose a lot of that comes with time but Patreon certainly felt right ON time.

You just released a new album this last November. How did you approach the recording process differently for Made to Shine? 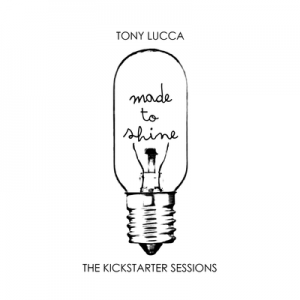 With Made To Shine I simply trusted in the collaborative process, start to finish. I felt confident enough about the songs to trust that bringing someone else on to produce wouldn’t detract but only improve the material. Brian Fechino proved me right at every turn. I’m real proud of how this record came out.

What was your favorite music video to make?

I really enjoyed making the video for Delilah. we shot it in a day at various locations in Nashville with a small but creative crew, a very committed cast and a brilliant director. you really can’t ask for much more than that. as well, it’s far and away the coolest video I’ve been a part of.

Being a follower of yours on Twitter,  (@luccadoes) you stay pretty active and entertaining. On a scale of 1 – 10, how important is social media to you?

oh man. indispensable! when you are what you do, and you do it independently no less, social media is really the single most effective way of getting and keeping people informed as to what you’re up to. not to mention that I think everyone is tuned in to some form of social media or another at all times. look around. EVERYONE is on their phone. everyone. chances are, they’re either checking their email or trying to decide on a filter for their next Instagram post. now if I wasn’t an independent artist, I’d probably go with a 4 or 5 but for me, now, I have to say a solid 9.5 on the social media importance scale.

How has the music industry changed for you after being runner up in the second season of The Voice?

Being on the Voice was a solid shot in the arm. I was sort of meandering out there, rolling along from album to album, tour to tour but I didn’t really have the focus I have now. I’m sure that would’ve come along in time regardless, but the show really helped thrust me into the direction I’m currently heading. it made me stronger, a bit more recognizable and was a ton of fun. chance of a lifetime, no doubt.

This is not your first time playing a Homevibe Presents Show. What do you look forward to most about playing Colorado? TICKETS HERE YO!

I love the vibe of the people there, especially the HomeVibe crowds. it’s always interesting to me when the promoters themselves can honestly shape the atmosphere of a show but I’d say that is certainly the case with these guys. I say “always” but in truth, it’s actually pretty rare.

Our trips to Guatemala have quickly become the highlight of the year for me and my wife. We started small but over the past handful of years now have managed to grow our operation into a group of roughly 30 people, heading down to Guatemala to dig in and roll our sleeves up, lending a hand to some of the less fortunate, indigenous people there. The work is meaningful, both physically and spiritually. We’ve seen some pretty amazing transformations take place on these trips. 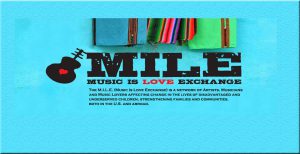